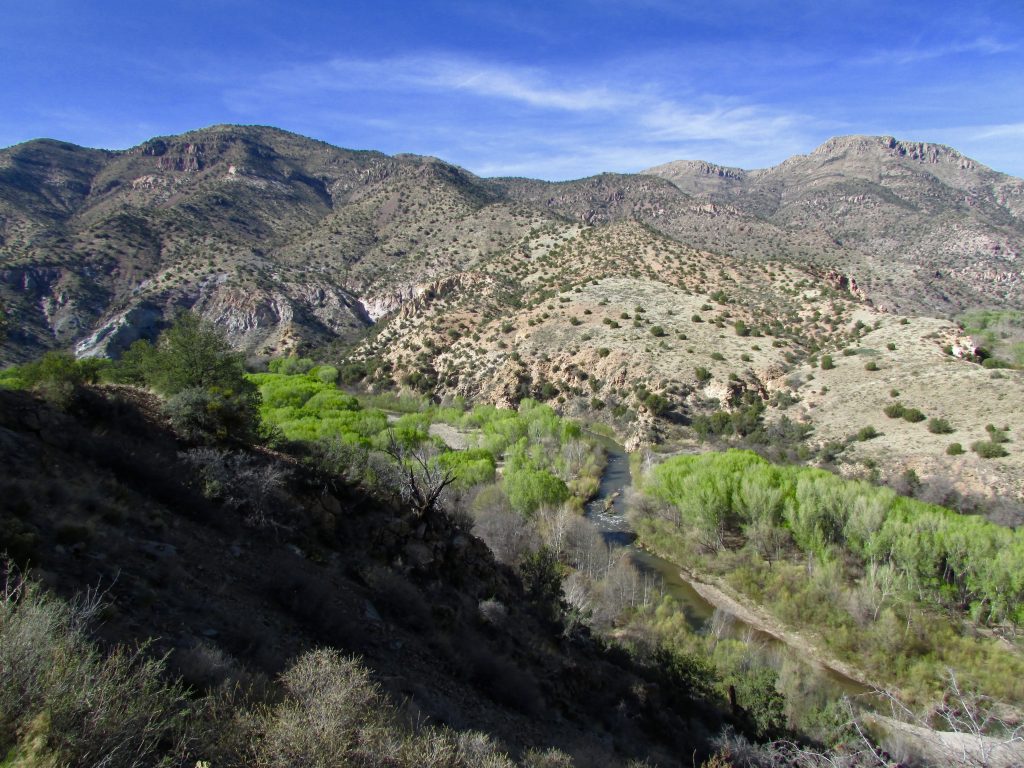 The Fort Sill Apache Tribe — descendants of the Chiricahua and Warm Springs Apaches — applaud Sens. Martin Heinrich and Ben Ray Luján’s efforts in reintroducing legislation to designate portions of the Gila and San Francisco rivers and their tributaries as Wild and Scenic. This legislation, if passed, will protect an irreplaceable natural resource for future generations of New Mexicans.

The Fort Sill Apache Tribe is the successor to the Chiricahua Apache — made up of a combination of the Gila, Mogollon, Mimbres, Copper Mine and Warm Spring Apaches — who once held the Aboriginal and Indian Title to over 14 million acres of land that included much of southwestern New Mexico and southeastern Arizona until the forced removal of the entire tribe as prisoners of war in 1886.

The waters of the Gila River flow from the slopes of our sacred mountains and are the location of traditional ceremonies that we still practice today. The artifacts found in places like Mogollon Box — one of the river segments included in the legislation — can never be replaced.

The clock is ticking to preserve these sacred sites.

The lands surrounding the Gila and San Francisco rivers provide a historical roadmap to our ancestors who lived on these lands hunting and harvesting throughout the region to provide food for their families. The evidence of our ancestors’ way of life is etched into stone, in the petroglyphs and pictographs that can be seen even today. These are more than historical and archaeological resources — they are a reminder of who we are and how far we have come.

Many of us still participate in the traditional uses of the land and the rivers that have been passed down for centuries. We continue to visit these rivers and their watersheds to connect to our past. The Gila and San Francisco’s flows sustain important Southwest riparian forest, which provides a sanctuary to some of the highest concentrations of noncoastal breeding birds in America and native fish populations, including the threatened Gila trout.

Two years ago, I sent a letter to Sen. Heinrich and then-Sen. Tom Udall expressing the Fort Sill Apache’s support of a Wild and Scenic designation for nearly 450 miles of the Gila and San Francisco rivers and their tributaries. The letter underscored my belief that it is our responsibility to protect these cultural, natural and historical resources for future generations, just as our ancestors cared for these lands and rivers before us.

As the tribe completes our repatriation back to New Mexico, I hope we will be able to stand with others to protect the beauty and biodiversity of the Gila and San Francisco rivers. Passing federal legislation to establish a Wild and Scenic designation for these waters is the first step we must take before that can happen.