The Gila Wild & Scenic legislation has been reintroduced.

New Mexico Wild has worked for decades to secure federal Wild & Scenic River protections for segments of the Gila And San Francisco Rivers and main tributaries and we’re close!

On November 2, 2021, Senators Martin Heinrich and Ben Ray Luján reintroduced legislation to designate 446 miles of the Gila and San Francisco Rivers as Wild and Scenic! Senator Heinrich and former Senator Tom Udall first introduced M.H. Dutch Salmon Greater Gila Wild and Scenic Rivers Act named after the late, legendary defender of a wild Gila River, in May 2020. The bill took an important step toward passage when it was heard by the Senate Energy and Natural Resources Subcommittee on Public Lands, Forests, and Mining, but ultimately did not make it any further.

We are organizing to bring community leader voices to the table, in order to express the variety of diversity within the community that supports this bill. The bill will need to be passed out of the Senate Energy and Natural Resources Committee before it heads to the Senate floor for a full vote of passage.

The Gila River is the last free-flowing river in New Mexico. With its headwaters originating in the Gila Wilderness - the world's first designated Wilderness Area - the Gila River supports incredible biodiversity for fish and wildlife species. It's solitary location also offers opportunities for numerous forms of outdoor recreation, including fishing, hunting, hiking, camping, wildlife viewing, and many more.

The need for this designation became even more apparent when in late February 2021 we discovered that a Tucson-based company, Pumped Hydro Storage LLC had a preliminary permit approved by the Federal Energy Regulatory Commission to construct a dam on the Lower San Francisco River. The proposal would create a 10-mile-long slack water reservoir on this segment of the San Francisco River, as well as completely flood the Lower San Francisco River Canyon Wilderness Study Area. Though the permit is preliminary, and no construction can begin until environmental analysis is completed, it is very concerning that our rivers in Southwestern New Mexico continue to face the prospects of future damming and ruin. We will continue to work to ensure that the Greater Gila Wild and Scenic Rivers Act is reintroduced in Congress and passed.

Established by Congress in 1968, Wild and Scenic designations protect the nation's rivers with outstandingly remarkable values in their free-flowing condition. The designations preserve access for traditional users, maintain existing water and private property rights, and protect critical habitats for threatened and endangered species.

We have advocated for Wild and Scenic protections for these river segments on a local, grassroots level by partnering with tribes, faith leaders, local governments, civic organizations, sportsmen, private property owners, and over 150 small businesses in Grant County and the surrounding area.

Prior to the introduction of legislation by Senators Udall and Heinrich, this advocacy led to numerous victories through official shows of support by local governments and civic organizations. The City of Bayard, the Towns of Hurley and Silver City, the Grant County Board of Commissioners, League of United Latin American Citizens Council 8003, the National Association for the Advancement of Colored People - Unit 1602, the Fort Sill Apache, the All Pueblo Council of Governors, and others all passed resolutions supporting federal legislation to designate the Gila and San Francisco Rivers as Wild and Scenic. 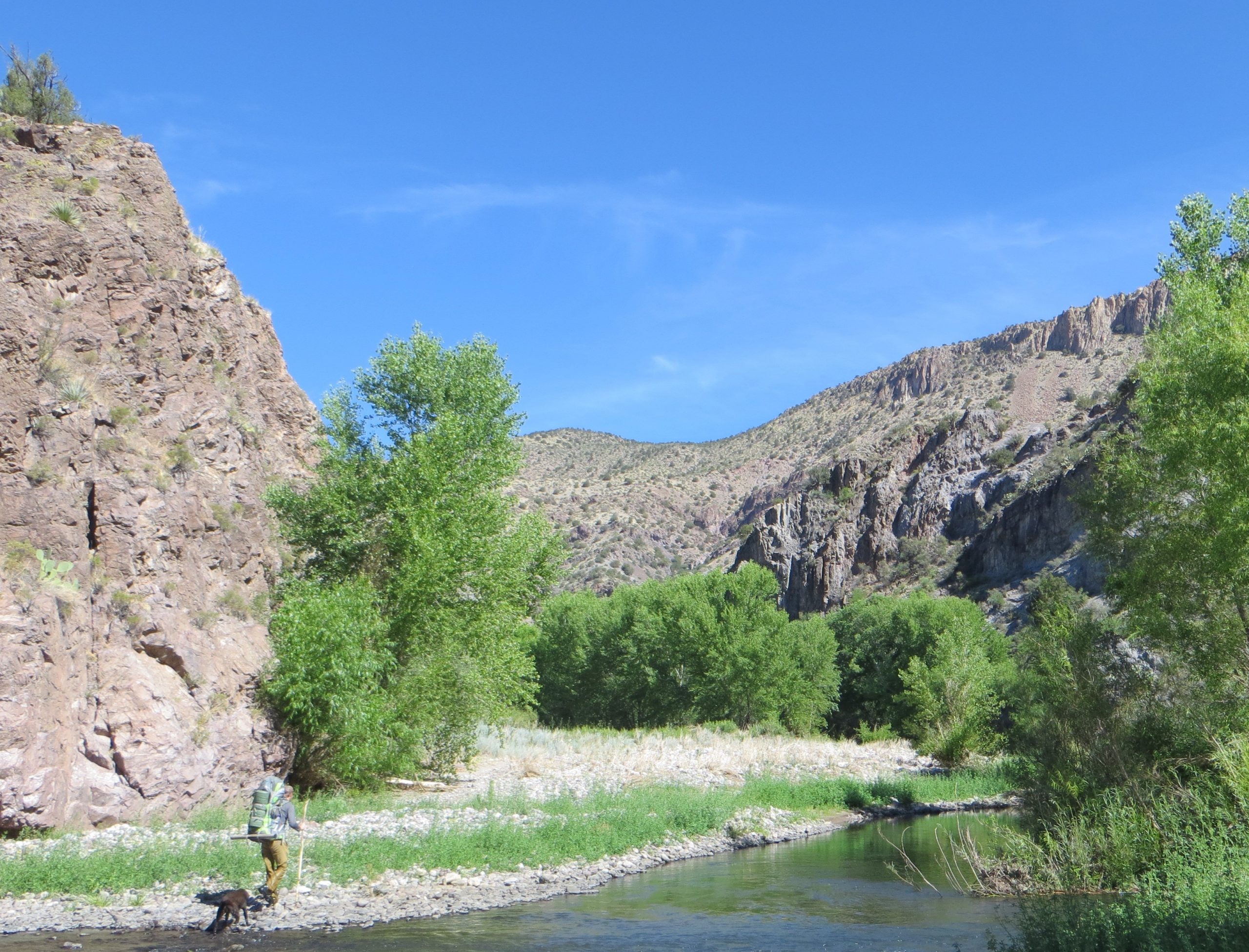 The Gila River originating in America’s first designated wilderness area deserves to stay wild and free as nature intended. I adamantly oppose a pipeline diversion project on the Gila River. We can all work together to gain National Wild and Scenic River designation for the Gila River. ~Brett Myrick, veteran

The Gila River is the last free-flowing river in New Mexico. With its headwaters originating in the Gila Wilderness - the world's first designated Wilderness Area - the Gila River supports incredible biodiversity for fish and wildlife species. It's solitary location also offers opportunities for numerous forms of outdoor recreation, including fishing, hunting, hiking, camping, wildlife viewing, and many more.

New Mexico Wild will continue working with local stakeholders, elected officials, and Senators Udall and Heinrich to push the M.H. Dutch Salmon Greater Gila Wild & Scenic Rivers Act across the finish line. Designating the Gila and San Francisco Rivers as Wild and Scenic is the best way to preserve our traditional values, boost the growing outdoor economy in southwest New Mexico, and protect threatened and endangered species from extinction.