The Upper Pecos watershed is the lifeblood of nearby communities and ecosystems and offers some of the state’s best scenic and recreational opportunities. Above the community of Terrero, the Pecos River is protected for 20 miles to its Wilderness headwaters by a Federal Wild & Scenic River designation. However, the six-mile stretch below Terrero is under immediate threat for proposed mining exploration.

Our staff is working on a nomination for the Upper Pecos Watershed as an “Outstanding National Resource Waters” to provide a higher level of protection than exists today. This designation provides that a state’s highest quality, most valued surface waters are protected from degradation in perpetuity. Working with partners, we are advocating for this designation to our Congressional delegation, federal and state agencies and state lawmakers. Make you voice heard on this at our Terrero Mine Action Center. 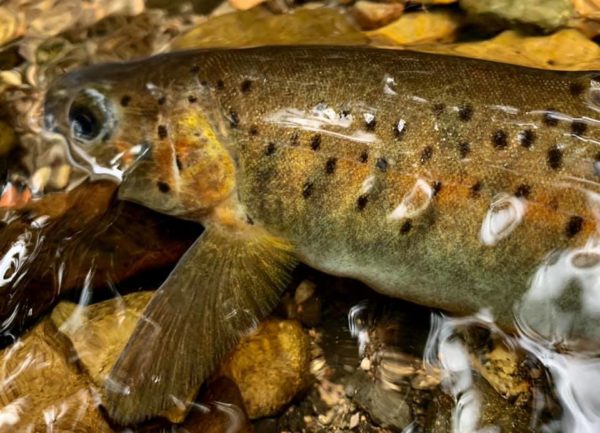 Background on the Tererro Mine project

Comexico is targeting an area a few miles south of the Pecos Wilderness, just to the west of the Pecos River, for this operation. The company plans to drill up to 30 holes—each between 500 and 4,000 feet deep—to determine whether the site is a viable option for a full-blown mine. Even the exploratory process could contaminate the Pecos River and other nearby streams, potentially damaging the health of fish, wildlife, and humans living in the area.

New Mexico Wild is proud to work alongside local community members and business owners, acequia and land grant owners, tribes, elected officials, sportsmen and women, and other nonprofit organizations to prevent the Tererro Mine from ever becoming a reality.

In the summer of 2020, New Mexico Wild learned that the Santa Fe National Forest will require an environmental assessment for Comexico's proposal. The decision comes after significant public input - including over 2,600 comments submitted by New Mexico Wild's members and supporters - calling on the Forest to require a more in-depth review of the project. Comexico attempted to convince Forest managers that a categorical exclusion from environmental reviews was sufficient based on a scant review conducted by the company's own paid contractor.

On April 13, 2021, national nonprofit organization American Rivers released its annual Most Endangered Rivers report and listed the Pecos River as one of the nation's most endangered due to the threats posed by Comexico's exploratory drilling proposal. The report calls on the New Mexico Mining and Minerals Division to deny Comexico's exploratory mining application and highlights the local communities that would be negatively affected by yet another mining operation in the Pecos Valley.

Just 16 miles from the Santa Fe Plaza, a mining company from Australia is proposing to drill 30 test sites for future extraction of gold, copper, and zinc near Tererro and the roadless public lands surrounding the pristine Pecos Wilderness.

New Mexico Wild is proud to work alongside local community members and business owners, acequia and land grant owners, tribes, elected officials, sportsmen and women, and other nonprofit organizations to prevent the Tererro Mine from ever becoming a reality.

From 1926-1929, the Pecos Mine and El Molino Mill operated in essentially the same area in which Comexico plans to begin exploratory drilling. The Pecos Mine was not closed down responsibly, leading to the contamination of soils, 5-10 acres of wetlands, Willow Creek and the Pecos River. The effects of the mine, however, were felt long after its operations ceased. In 1991, spring runoff caused a massive fish kill—more than 90,000 trout died at the Lisboa Springs Fish Hatchery alone.

The damage caused by the 1991 runoff has been limiting the number of visitors to the region ever since. For Pecos, a community reliant on outdoor tourism, the economic impacts of the disaster have been devastating.

What's worse, the cleanup of the Pecos Mine spill is still underway - more than 90 years after the mine ceased operations!