2021: Celebrating an Expansion of the Sabinoso Wilderness

On Friday, July 23, New Mexico Wild participated in a great public lands event to celebrate the 9,855 acre addition to the Sabinoso Wilderness southeast of Las Vegas, NM. The event was headlined by Secretary of the Interior Deb Haaland, Senators Martin Heinrich and Ben Ray Luján, and Representative Teresa Leger Fernandez.

Congress designated the Sabinoso Wilderness in the Omnibus Public Land Management Act of 2009. The 16,030-acre area is managed by the Bureau of Land Management’s Taos Field Office. The land was completely landlocked by private land until 2017 when the Wilderness Land Trust purchased the Rimrock Rose Ranch and donated it to the wilderness, creating the first public access and expanding the wilderness.

In March 2021, The Trust for Public Land (TPL) purchased 9,855 acres adjacent to the wilderness on the west side of the existing Sabinoso Wilderness, formerly known as Hobo Ranch. In early July 2021 TPL donated the parcel to the Bureau of Land Management. The donation of the area known as Cañón Ciruela increases the size of the wilderness area to 29,855 acres. The addition of the Cañón Ciruela lands to the Sabinoso Wilderness will add a second public access point for present and future generations to enjoy the area through hunting, hiking, horseback riding and other recreational opportunities.

Additionally, the donation will permanently protect a critical tributary watershed that feeds into the existing wilderness. The Cañón Ciruela tract will be officially open to the public as soon as BLM finishes building a parking lot and trailhead at the edge of the new wilderness area.

Sabinoso can still be accessed through the Rimrock Rose tract at Trujillo, NM. We want to say thank you to our congressional delegates (and their amazing staff), Secretary Haaland, the Trust for Public Lands, the New Mexico Wildlife Federation, BLM staff, and all the other folks who worked to make this happen!

Although the Air Force had publicly acknowledged that the current airspace was adequate to successfully conduct additional F-16 pilot training, the Air Force had proposed an expansion of airspace that would have exposed the Gila and Aldo Leopold Wilderness Areas, as well as other beloved public land destinations like portions of the Organ Mountains-Desert Peaks National Monument, to the threat of wildfires, extreme noise pollution, disruption to wildlife, and environmental contamination. The proposal would have resulted in 10,000 additional flyovers annually, including low altitude overflights, at 500 feet above the national forest and 2,000 feet above designated wilderness. The proposal would have allowed discharging 15,000 magnesium flares and 15,000 toxic “defensive chaff” each year. The proposed expansion over the Gila region was opposed by local governments, businesses, aviators, outdoor enthusiasts, and community members.

However, after concluding a public planning process in early 2020, Air Force leaders announced in January 2021 the preferred alternative that will have the least negative impact on wilderness, wildlife, public lands, and the outdoor recreation economy. New Mexico Wild worked with our partners, US senators, and DOD officials and insisted the military host public meetings in Silver City. Community organizing efforts resulted in over 500 people attending a public meeting at the Grant County Convention Center in November of 2017 and thousands of official written comments submitted to the Air Force.

A federal public lands package that was signed into law on March 12, 2019 established 13 new Wilderness areas in New 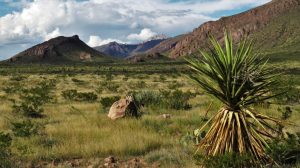 New Mexico Wild has been leading conservation efforts in Doña Ana County since 2004, when we first opened our Las Cruces field office. On May 21, 2014, after a decade of work, President Barack Obama designated the Organ Mountains-Desert Peaks National Monument by use of the Antiquities Act of 1906. This move safeguards nearly 500,000 acres of culturally, historically and biologically rich land in Doña Ana County. We continued to work for Wilderness designations within the monument until ten were ultimately established here in 2019. 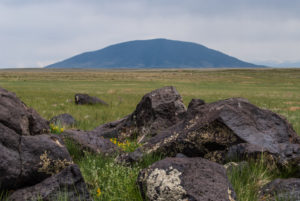 The Rio Grande del Norte has shaped the lives of the people who have lived and visited the area for so many generations. Since 2007, New Mexico Wild has been working on permanent protection of Rio Grande del Norte. The site was designated as a national monument on March 25, 2013, as President Barack Obama used the authority granted him by the Antiquities Act to make the monument official. New Mexico Wild continued pushing for Wilderness designations within the national monument, culminating in the establishment of the Cerro del Yuta and Rio San Antonio Wilderness Areas.

Rising 1,110 feet from the surrounding plains, the Sabinoso unit sits upon the Canadian Escarpment, which is composed mostly of the Jurassic Morrison Formation and Triassic Chinle Shale. Sabinoso became Wilderness on March 24, 2009, when President Obama signed into law the Omnibus Public Lands Management Act of 2009. The area has fantastic ecological, scenic, recreational, and cultural values. Outstanding recreational opportunities also abound in the area, including hunting, hiking, geological study, horseback riding, and landscape photography.

The designation of Ojito Wilderness in 2005 was one of New Mexico Wild’s first conservation victories. In the mid-1990s, New Mexico Wild formed and established itself as the statewide grassroots voice for wildlands. By the mid-2000s, we started pushing for a Wilderness designation for Ojito. Efforts included collaboration with the Zia tribe, former New Mexico Governor Bruce King, and other statewide elected officials. After passing through both the U.S. House of Representatives (unanimously) and U.S. Senate, President George W. Bush signed the Ojito Wilderness Act into law on October 26, 2005.

ALBUQUERQUE, NM (March 12, 2019) – U.S. President Donald Trump today signed a package of public lands legislation that, in part, establishes thirteen new wilderness areas in New Mexico totaling approximately 272,586 acres. Ten of the new wilderness areas are within the Organ Mountains-Desert Peaks National Monument and two are within the Rio Grande del Norte National Monument. The amount of new wilderness for New Mexico contained in S. 47, the John D. Dingell, Jr. Conservation, Management, and Recreation Act represents the most acreage of wilderness designated in New Mexico in a single year since 1980.

“It is a historic day for New Mexicans who overwhelmingly support permanent protections for our most wild places,” said Mark Allison, Executive Director of New Mexico Wild. “This result is the culmination of decades of hard work by citizens throughout the state who have relentlessly advocated for more wilderness designations. We are fortunate to have leaders representing us in Congress who understand the importance of public lands to our communities and help push legislation like this across the finish line.”

Senators Tom Udall and Martin Heinrich co-sponsored the Organ Mountains-Desert Peaks National Conservation Act, which was absorbed into the public lands package that was signed into law today. The legislation includes ten wilderness areas within the national monument totaling 241,554 acres.

Legislation to safeguard the wilderness in Doña Ana County was first introduced by former Senator Jeff Bingaman in 2009 in the 111th Congress, and then again by Senators Udall and Heinrich in the 112th and 113th Congresses.

A 2016 poll showed 78 percent of citizens in Doña Ana County support the protection of wilderness within the Organ Mountains-Desert Peaks National Monument.

Also included in the public lands package was the Cerros del Norte Conservation Act, which was also co-sponsored by Senators Udall and Heinrich, to designate the Cerro del Yuta Wilderness and the Rio San Antonio Wilderness within the Rio Grande del Norte National Monument. The bill passed the Senate without amendment in December 2017. Congressman Ben Ray Lujan sponsored an identical bill in the House of Representatives, which was co-sponsored by former Congresswoman Michelle Lujan Grisham. The original version of the legislation was first introduced by former U.S. Senator Jeff Bingaman in 2009.

A poll conducted by Third Eye Strategies in 2016 found that ninety-three percent of registered voters in Taos County believe that wilderness is important to them. Ninety-five percent of those surveyed believe it is important for public lands to be preserved for future generations.

During last year’s review of national monuments by the Department of Interior, New Mexico had the most comments submitted per capita of any state. Nearly ninety eight percent of the comments received for Rio Grande del Norte opposed the executive order and wanted the monument to remain as is.

In addition to New Mexico’s thirteen new wilderness areas, the public lands package reauthorizes the federal Land and Water Conservation Fund, which has provided funding for public lands and open spaces in all 33 New Mexico counties since its creation. Congress failed to reauthorize the fund in September 2018, leading to the loss of tens of millions of dollars for America’s public lands. Senators Heinrich and Udall have been two of the fund’s most ardent supporters in the Senate.