We are saddened to report that long-time board member, former chair, and former treasurer Ken Cole passed away on May 2, 2022.

Ken Cole was a committed conservation advocate and avid birder. A member of the New Mexico Wild board for 13 years, Ken served as Chair 5 years, providing steady leadership during an important transition and growth period for the organization. Ken’s wife Jane and daughter Suzanna extend an invitation to celebrate Ken’s life on Sunday, September 18th from 2:30-5:00 pm MT at the Albuquerque Garden Center, in person or on Zoom. Please RSVP here.
___

Board of Directors - Roster 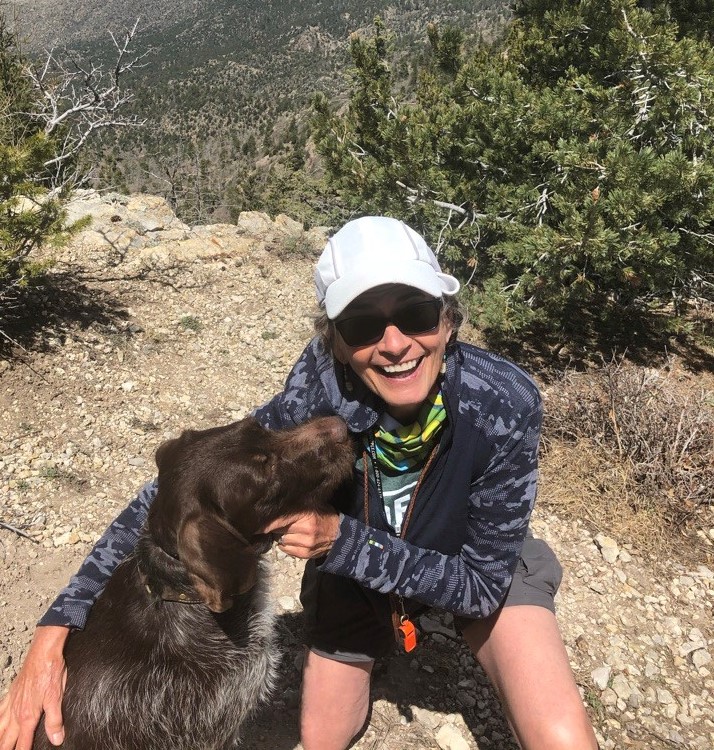 Brown, Wendy
Chair
New Mexico
Wendy recently retired from the U.S. Fish and Wildlife Service, where she managed the endangered species recovery program for the Southwest Region. Her professional career spanned experiences from field research and project management for whooping cranes and Mexican wolves to briefing Congressional representatives on various government actions. She has held voluntary leadership positions in non-profits such as the North American Crane Working Group, the Whooping Crane Conservation Association, and the Southwest International Folk Dance Institute. Wendy has a deep commitment to New Mexico, and its varied landscapes that support so many inhabitants – plant, animal, and human. 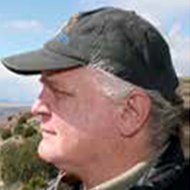 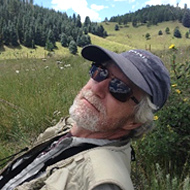 Ken Jones
Treasurer
New Mexico
Ken Jones is a retired commercial banker and has lived in New Mexico since 1994. Ken is a past board member, treasurer and board president for Heading Home, an Albuquerque based non- profit organization providing services to thousands of persons experiencing homelessness in New Mexico. Ken’s passions have always included wild places. He is an avid hunter, fisherman, hiker, birder and cyclist. Ken currently serves at La Mesa Presbyterian Church in Albuquerque as finance chair and leads their Environmental Stewardship initiative. Ken believes that wild places must exist and be protected. One of his core beliefs is that access to diverse and pristine public lands are among our Nation’s most valuable freedoms. 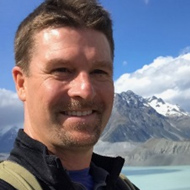 Alcock, Joe
Secretary
New Mexico
Joe is the director of the emergency department at the VA in Albuquerque and is an associate professor of emergency medicine at the UNM Department of Emergency Medicine. Dr. Alcock received his MD from UCLA and moved to Albuquerque in 1997 to complete his residency at the University of New Mexico. Besides practicing medicine, Joe’s passions include exploring and protecting wildlands and teaching. He combines both in his role as co-director of the UNM School of Medicine’s Wilderness Medicine Program. Joe also is an adjunct professor of Biology and teaches undergraduates about evolution in health and disease. 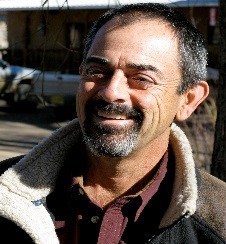 Atencio, Ernie
New Mexico
Ernie Atencio is a cultural anthropologist, conservationist, and writer with deep Indo-Hispano roots in northern New Mexico. He is the New Mexico Program Manager for the National Parks Conservation Association and works on other projects through his Land & Culture Consulting business from his home near Taos. He previously spent nine years as executive director of the Taos Land Trust, where he worked on the public acquisition of Ute Mountain, and returned a sacred site to the legal ownership of the Taos Pueblo Tribe. Ernie has also been executive director of a national association of cabin owners, coordinated the Valles Caldera Coalition, and worked for other environmental organizations. Growing up in inner-city Denver, he discovered the larger world—and the land—through an Outward Bound “hoods-in-the-woods” program, in what would later become the Sangre de Cristo Wilderness Area, and has worked throughout the West ever since as a wilderness instructor, national park ranger, environmental educator, journalist, and activist. 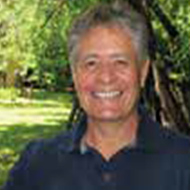 DesGeorges, Sam
New Mexico
Sam is a recent federal agency retiree, having worked as a steward for public land resources with the Bureau of Land Management (BLM) for 36 years. Over this time he held several positions with the BLM, principally within the Range, Lands, Fire and Wildlife programs. For the last 11 years he was the BLM Taos Field Manager which included the recently designated Rio Grande del Norte National Monument, the Sabinoso Wilderness and the Galisteo Basin Archaeological Sites Protection Act lands. As a former manager with responsibilities for managing designated wilderness, national monuments and wild and scenic rivers he brings an understanding of laws and policies that apply to wilderness, wild and scenic rivers and other specially designated areas. 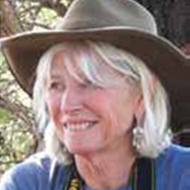 Johnson, Carol
New Mexico
Nature and wild places have influenced Carol all her life. She has hiked and backpacked throughout the Southwest for 40+ years, developing a love of quiet, wild places, watersheds and wildlife.  Carol’s relationship with NM Wild began in 2009, when we began working to further protect the Pecos Wilderness by incorporating adjacent Inventoried Roadless Acres.  She is also a board member of the Upper Pecos Watershed Association. NM Wild continues to inspire her with its dedication to protecting wilderness, wildlife and water. 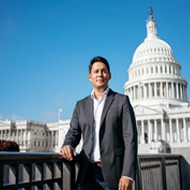 Keegan King
New Mexico
Keegan King is from the Pueblo of Acoma and has over 15 years of experience in political and public policy work. He has managed dozens of candidate and issue campaigns beginning with his time at the Albuquerque based Soltari Inc. Keegan continued as the Executive Director of the League of Young Voters New Mexico and New Mexico Youth Organized. In 2009, Keegan founded Atsaya Consulting a Native-owned political consulting company. Since then he has worked as Political Director of the NM Democratic Legislative Campaign Committee, national Field Director to the Pushback Network and Data Director for United We Dream. He has been instrumental in protection campaigns such as Chaco, particularly in his work with the All Pueblo Council of Governors and the National Congress of American Indians. Keegan was most recently the Policy, Legislative Affairs, and Communications Bureau Chief for the NM Department of Indian Affairs. 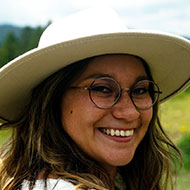 Starr Woods has a background in public lands management and is currently a Wyss Fellow on the Colorado/Southwest land protection team at The Trust for Public Land (TPL), whose mission is to protect land for people. In her first year at TPL she assisted with the largest wilderness land donation to date – almost 10,000 acres to the Sabinoso Wilderness of north eastern New Mexico. Her past work with the National Park Service (NPS) was focused on connecting communities to public lands in order to inspire lifelong stewardship. Starr enjoys exploring the wild places of New Mexico, tending her garden, reading a book, and cooking up new recipes.

Starr is committed to the mission of protecting, restoring, and continued enjoyment of New Mexico’s wildlands. She is passionate about NMWild because it goes beyond protecting wilderness areas, it supports many initiatives that benefit all New Mexicans by protecting important habitat and ecosystems, cultural landscapes, and water. The organization works alongside communities against environmental injustices, which is something she believes is imperative at this moment in history to fight climate change. 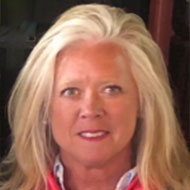 Living in Silver City for 30 years, Holley has had the opportunity to see firsthand how our natural environment connects with our local economy and quality of life. She has a passion for travel, fishing, birding and spending time in the Gila with her 2 standard poodles. It’s important to Holley to ensure that future generations will be afforded the same opportunities and experiences, while also diving deeper into how we can protect our wild rivers for socio-economic development and resiliency. The vibrant Gila River, the health of our forests, and the stability of our local economy are all intertwined. That’s why we must fight to protect it.

Holley currently serves as the executive director of the NM Primary Care Training Consortium and has had the opportunity in the past to preside over the Grant County Prospectors-legislative arm of the county, to advocate for the area’s interests. She considers herself a servant leader who always tries to respect those she works with, knowing Love always wins in the end.

Holley feels the NM Wilderness Alliance does a remarkable job and is honored to serve in this capacity. 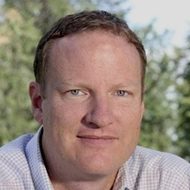 Brian O'Donnell
Colorado
Brian has been a leading land and wildlife conservationist for more than two decades. He recently led the Conservation Lands Foundation (CLF) where he launched a campaign that protected millions of acres of land as National Monuments. Prior to joining CLF, Brian was the National Public Lands Director for Trout Unlimited (TU). He also worked for The Wilderness Society, where he led campaigns resulting in the congressional designation of the Black Rock Desert and Sloan Canyon National Conservation Areas and dozens of new legislated Wilderness areas throughout Nevada. Brian is currently consulting with the Frankfurt Zoological Society – US on international land and wildlife conservation. Brian earned a B.A. in Economics from Rollins College in 1993. He lives in Durango, Colorado with his wife Melyssa, daughter Kara and dog Oso.