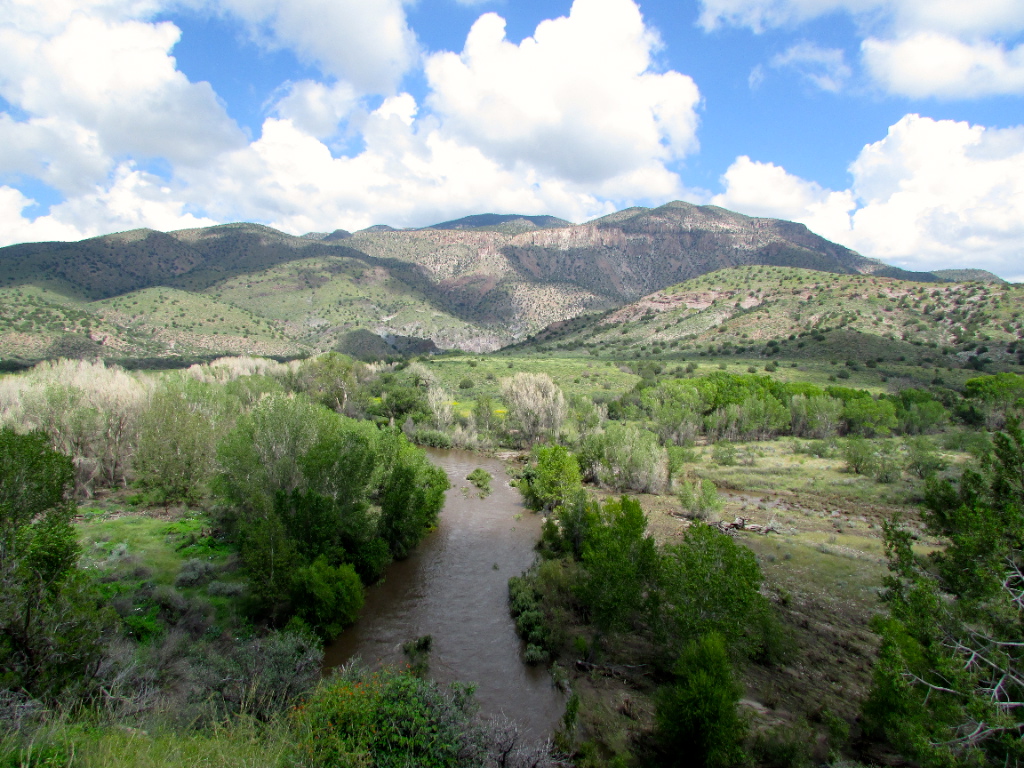 Community leaders and an array of conservation and other nonprofit organizations are celebrating the passage of legislation in the House of Representatives by a tally of 43-24 to expedite funding for water improvement projects in southwest New Mexico. House Bill 200, which is co-sponsored by Reps. Matthew McQueen and Nathan Small and Sens. Mimi Stewart and Siah Correa Hemphill, would fast-track the spending of the remaining approximately $80 million in the NM Unit Fund for priority water projects, creating long-term water security and jobs in southwest New Mexico (Catron, Grant, Hidalgo and Luna Counties).

HB 200 designates the Water Trust Board (WTB) to advise the Interstate Stream Commission (ISC) on how to spend the remaining $80 million in the NM Unit Fund, replacing the New Mexico Central Arizona Project (NM CAP) Entity. The WTB has a diverse 16-member board that represents a cross section of water users from around New Mexico and state agencies responsible for various aspects of water planning and management. Part of its charge is “the fair distribution and allocation of New Mexico’s scarce water resources for beneficial purposes of use within the state.” The WTB has the experience, capacity, and expertise to professionally evaluate local water proposals to assist the ISC’s ability to get needed funding to shovel-ready projects in communities in a timely and fair way.

Importantly, the legislation also prohibits the state from using any money from the NM Unit Fund to evaluate, plan or construct a Gila River diversion.

In June 2020, the ISC voted to effectively end efforts to pursue a major diversion project on New Mexico’s last free-flowing river, the Gila River, after thousands of New Mexicans provided public input calling for an end to the effort. That process wasted 16 years and more than $15 million in federal funds pursuing an infeasible and unaffordable Gila River Diversion Project.

Senators Martin Heinrich and Tom Udall, Governor Michelle Lujan Grisham, and Lieutenant Governor Howie Morales all opposed the diversion effort, and their leadership was instrumental in the ISC’s decision to ultimately defund the project.

Alicia Edwards, Grant County Commissioner for District 3, said:
“The CAP Entity has wasted many years and millions of dollars on a wild goose chase that has led to nothing of value for our communities. Why would we trust them to do any different in the future? It’s time to reconsider the process used in deciding how to spend the remaining $80 million in the NM Unit Fund and do everything we can to ensure it’s spent on projects that will conserve water and deliver jobs to our people.”

Larry McDaniel, Grant County sportsman, said:
“The Gila River is New Mexico’s last free-flowing river and one of our most precious resources. Building an expensive diversion will do nothing to protect this resource, but instead will threaten the survival of diverse wildlife that call this region home. Moving away from this pointless proposal will allow southwest New Mexico’s families to continue enjoying the endless opportunities to hunt, fish, camp, hike, and explore this one-of-a-kind place.”

Judy Calman, New Mexico Policy Director for The Audubon Society, said:
“The Gila Region is extremely important to birds like the federally listed Western Yellow Billed Cuckoo, whose population is in steep decline and which is dependent on riparian areas. HB 200 will help ensure that scarce water stays in the river and that decisions about it are made wisely and by the best available science.”

Greg Peters, Public Lands & Wildlife Advocate for Conservation Voters New Mexico, said:
“Now that the failed Gila diversion has been defunded, it is time to enact legislation to quickly and equitably fund critical, locally driven projects in southwest New Mexico. HB 200, which passed the House today, is the first step to ensuring a self-reliant water future without diverting one of the last free-flowing rivers in the southwest. This bill will provide real and immediate help by creating jobs in rural communities, protecting and restoring our limited water supply, getting more New Mexicans outdoors, and stopping the waste of resources. We are thankful for the leadership of Senators Stewart and Hemphill and Representatives McQueen and Small and for the support from House members who voted to pass this bill. We now ask Senate leadership to make HB 200 a priority for passage this session.”

Allyson Siwik, Executive Director of the Gila Conservation Coalition, said:
“We applaud passage of HB200 by the House of Representatives. This legislation is an essential step in bringing good governance to NM Unit Fund spending. Communities have been waiting for more than a decade to access this funding for critical water supply projects. It’s time to stop the waste of millions of dollars on a failed Gila diversion project and move forward with rapid and efficient disbursement of funding to priority water projects in southwest New Mexico.”

Kent Salazar, Hispanics Enjoying Camping, Hunting, and the Outdoors (HECHO)
“As New Mexico deals with an increasingly dry climate, it is irresponsible to continue pouring millions of dollars into any diversion of the Gila River. The Water Trust Board is better positioned to advise the state on how to spend NM Unit Funding on projects that will ensure clean water for our communities in the decades to come.”

Mark Allison, Executive Director of New Mexico Wild, said:
“House Bill 200 is necessary for good governance and smart management, and will move New Mexico toward projects that actually conserve one of our most sacred resources – our water.  New Mexicans deserve to have confidence that the project evaluation for the expenditure of millions of dollars will be done with professionalism, competence, and expertise. We can now avoid the obvious conflicts of interest that would have occurred without this bill.  Proponents of diverting the Gila had their shot and failed.  Enough is enough and it is past time to move on. We greatly appreciate the leadership of the Representatives McQueen and Small as well as Speaker Egolf.”

Ray Trejo, Southern New Mexico Outreach Coordinator for the New Mexico Wildlife Federation, said:
“With the passage of HB200, local and underserved neighborhoods and communities will finally be funded adequately and no longer held hostage by the NMCAP Entity.”

Ángel Peña, Executive Director of the Nuestra Tierra Conservation Project, said:
“HB200 represents an effective way to prioritize funding for our critical water needs. For far too long, a process has been in place that has done nothing but waste millions of dollars on a diversion project that would benefit only a privileged handful. HB200 is a solution and a way forward that will result in equitable distribution of NM Unit Funds to the benefit of southwest New Mexico communities.”

Miya King-Flaherty, Our Wild New Mexico Organizer for Sierra Club Rio Grande Chapter, said:
“For too long, the N.M. CAP Entity has ignored considerations for much-needed water infrastructure projects in pursuit of an infeasible Gila Diversion project. Passage of HB200 ensures that a qualified, unbiased, and diverse Water Trust Board recommends water projects to the Interstate Stream Commission that are equitable, create jobs, and benefit communities and the environment, while making sure $80 million unspent federal dollars are no longer wasted on diverting the Gila River. We’re grateful to the bill sponsors for their action to ensure water sustainability and resilient communities in southwest New Mexico.”

Jeff Arterburn, President of the Gila-Rio Grande Chapter, Trout Unlimited, said:
“Preserving a free-flowing Gila River is incredibly important to our members, and the Water Trust Board is a great choice for advising the ISC on water projects that will benefit southwestern New Mexico communities.”

Donna Stevens, Executive Director of the Upper Gila Watershed Alliance, said:
“The Upper Gila Watershed Alliance’s members, many of whom live in the Gila Valley, are so pleased to hear the good news about HB200. We’ve been waiting a long time for the $80 million in the NM Unit Fund to be spent on projects that benefit everyone, not just a few people.”