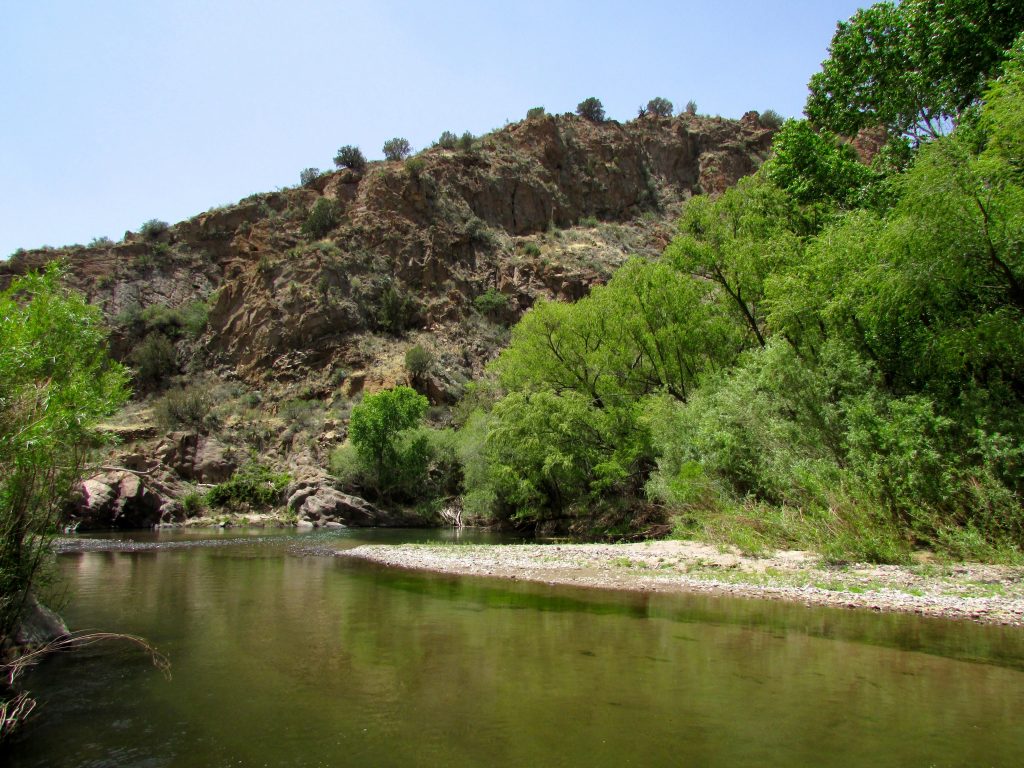 It was a project that attempted to divert a whole lot of water every year from the Gila River in southern New Mexico to be used for landowners and other state water projects. But the Gila River Diversion Project never quite got there. After five years and roughly $15 million dollars, Governor Lujan Grisham effectively shut down the project in the summer of 2020.

The state and several conservation organizations say the NM CAP Entity—the group that was tasked to oversee the project and the trust—failed miserably. Since then, infighting over who will oversee the remaining dollars in the trust for water projects in southern New Mexico has continued.

What Is the NM CAP?

The entity was created to work with the New Mexico Interstate Stream Commission (ISC) to support federal legislation that would secure an additional average of 14,000 acre-feet of water per year (over 4.5 billion gallons) and up to $128 million. Those resources would be used to meet water supply needs in southwest New Mexico and/or provide projects to access the additional water on the Gila and San Francisco rivers. The group’s biggest project is the now-defunct Gila Diversion Project, which sought to divert 14,000 acre-feet of water each year from the state’s last free-flowing river for landowners to use in southern New Mexico.

Who’s On the NM CAP?

The entity is comprised of individuals and organizations representing the four New Mexico counties, with former Grant County Planning Director Anthony Gutierrez serving as the entity’s executive director. Since the diversion project was defunded last year, the entity has continued to protest the state’s decision instead of considering alternative options to deliver water, as is their mandate under the federal law creating and funding the board. In a meeting to determine moving forward with the ISC, members were upset. “I would like to see some kind of contract executed in blood that says from here, going forward, the ISC is going to honor their contracts and their word,” said Howard Hutchinson, who represents the San Francisco Soil and Water Conservation District, finding agreement from Bucky Allred and Vance Lee, who represent Catron and Hidalgo counties, respectively. “To our opponents out there? Be ready,” Hutchinson announced. “The fight is on.”

Members of the group have also referred to the governor as “Wuhan Lujan” on several occasions, and in a meeting discussing possible environmental protections for the Gila River, NM CAP Entity Chair Darr Shannon responded to the mention of climate change. “You think we are going to dry up the river. Are you going to save the river from climate change?” she said.

“Every environmental organization lies, and they are not our friend,” said Entity member Allen Campbell. “I can never support any of the Wild and Scenic proposals, because the land is already protected by the Forest Service.”

Allyson Siwik is the executive director of the Gila Conservation Coalition in Silver City. Her organization has been involved in the fight to save the Gila for 30 years. “They aren’t the right group to make decisions to balance water uses and projects across the four-county area,” said Siwik. “They are divisive and can’t be the ones to bring people together,” she said.

Who Is The Successor?

Under the Arizona Water Settlement Act, the ISC determines how the NM CAP Fund will be used “in consultation with the Southwest New Mexico Water Study Group or its successor.” NM CAP believes it is the successor. They say they should evaluate how the remaining $80 million in the trust should be spent on water projects. The entity may not get its way. House Bill 200, titled the “Water Trust Board Projects and N.M. Unit Fund” sets up the Water Trust Board as the successor, an advisory board under the New Mexico Finance Authority.

On Thursday the bill passed the House in a vote of 43-24. In the Senate, it is co-sponsored by Senators Siah Hemphill of Silver City and Senate President Mimi Stewart. If signed into law, HB 200 would complete an end-run around the NM CAP Entity’s recent efforts to assert the permanence of its consultant role. It would, instead, assign that role to the New Mexico Water Trust Board which has identified $137 million in “priority” water projects for the four southwestern counties that could be implemented with settlement trust fund dollars. The legislation prohibits any of those funds from being spent on further efforts to capture and divert any of the 14,000 acre-feet of surface water that was offered to New Mexico as part of the settlement. Backers of the state bill see this as a way to finally settle the fight over the Gila and fast-track implementation projects to deliver water promised local communities, ranchers and irrigators twenty years ago.

“Proponents of diverting the Gila had their shot and failed. Enough is enough, and it is past time to move on,” said Mark Allison, executive director of the conservation nonprofit New Mexico Wild. “We can now avoid the obvious conflicts of interest that would have occurred without this bill.”

This article originally appeared in The Paper.