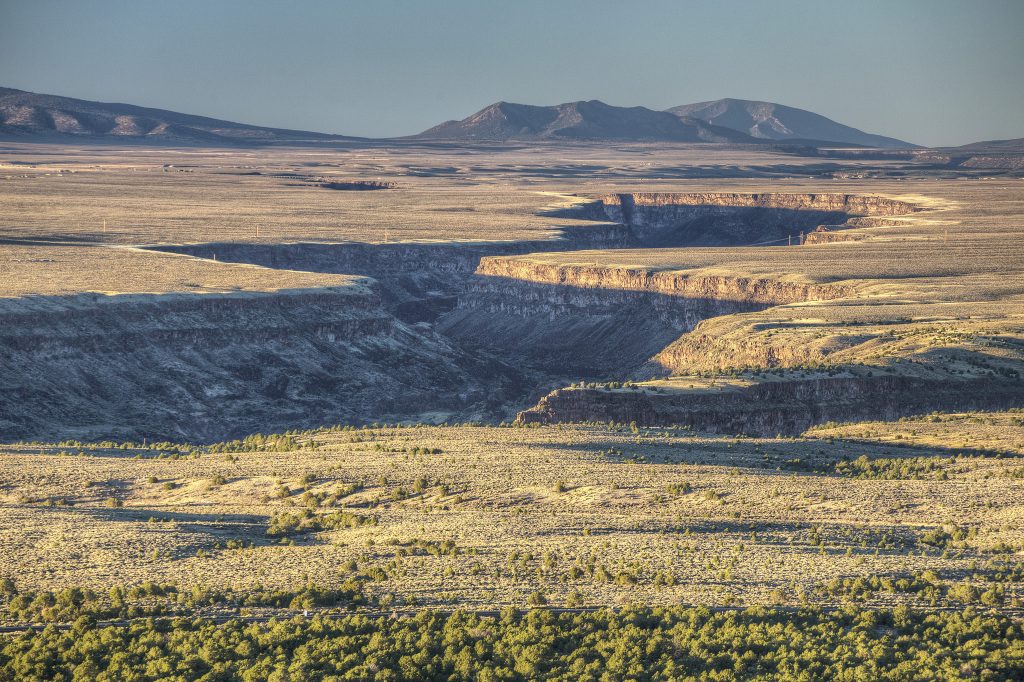 ALBUQUERUQE (July 22, 2020) – New Mexico Wild is celebrating legislation that passed the United States House of Representatives today to fully fund the Land and Water Conservation Fund (LWCF). The legislation, known as the Great American Outdoors Act, would also provide funds to address the maintenance backlog for the National Park Service (NPS) and other federal public land agencies. Representative Xochitl Torres Small was an original co-sponsor of the bill and Assistant Speaker Ben Ray Lujan and Representative Deb Haaland are co-sponsoring it as well.

“Passing the Great American Outdoors Act is a major victory for public lands in New Mexico and throughout the country,” said Mark Allison, Executive Director for New Mexico Wild. “The LWCF supports projects big and small, from the maintenance of national monuments to the construction of playground equipment in our community parks. As New Mexicans look forward to a brighter future, our entire congressional delegation seriously delivered with this historic bill.  This legislation both recognizes New Mexicans’ desire for quality outdoor experiences and invests desperately needed resources in our communities as they struggle to recover from the havoc wreaked by the global pandemic.”

“Today, the House passed the Great American Outdoors Act—bipartisan legislation that will fully and permanently fund the Land Water Conservation Fund. I am proud to have worked with Republicans, Democrats, and President Trump to help take this monumental step towards protecting our public lands for future generations to enjoy.  It is an example of all we can do when we put partisan politics aside and work together to get things done,” said Representative Xochitl Torres Small. “Now more than ever, as we battle this public health crisis, our public lands can provide respite and safe recreation. During this time of unprecedented job loss, the full and permanent funding of LWCF will also provide new job opportunities and fuel New Mexico’s economic recovery. Today’s vote delivers a win for our local economies, our public lands, and families across the state.”

“The Great American Outdoors Act is landmark legislation that will fully and permanently fund the Land and Water Conservation Fund, restore our National Park System, and bolster access to our cherished public lands in New Mexico and across the nation. As our communities continue to address the current public health crisis, this legislation will provide a much-needed boost to our outdoor economy and support thousands of jobs in New Mexico,” said Assistant Speaker Ben Ray Luján. “As New Mexicans, we take pride in our public lands and natural resources, and I’m glad that Congress has taken action to protect our lands for generations to come.”

“Spending time outdoors is who we are as New Mexicans and creates jobs in the outdoor recreation and restoration economies, but without proper federal funding the parks, rodeo grounds, and National Parks around the state are vulnerable, as are the jobs that go along with them. The Great American Outdoors Act fully funds the Land and Water Conservation Fund that supports places like the ballpark at Los Altos, Isleta Recreation Center, Mountainair Rodeo Grounds, and Moriarty City Park. This bill also provided an opportunity to create new jobs in a restoration economy, which is critical for New Mexicans as we recover from the economic impacts of this pandemic,” said Vice Chair Deb Haaland.

The Great American Outdoors Act would fund the LWCF at $900 million annually, the amount originally intended when Congress created the program in 1965 to fund conservation and restoration projects across the nation. In New Mexico alone, the LWCF has contributed more than $312 million to conservation efforts in all 33 New Mexico counties. Despite the success of the LWCF, the program has never been funded at the full amount. New Mexico’s entire congressional delegation helped shepherd a federal public lands package in March 2019 that, among other things, permanently reauthorized the LWCF after Congress let the program expire the previous fall. Today’s legislation would ensure that the program is fully funded for the remainder of its existence.

In addition to permanently funding the LWCF, the Great American Outdoors Act would provide $9.5 billion over the next five years to deferred maintenance projects on public lands managed by federal agencies.

The Great American Outdoors Act would provide a boost to New Mexico’s growing outdoor recreation economy, which directly supports $1.2 billion in income and 33,500 jobs in the state annually, according to recent data compiled by the New Mexico Outdoor Recreation Division.

A companion bill that was co-sponsored by Senators Tom Udall and Martin Heinrich passed the U.S. Senate on June 17. The legislation now heads to the president’s desk.  New Mexico Wild calls on President Trump to be sign this bipartisan bill into law.

ABOUT THE NEW MEXICO WILDERNESS ALLIANCE: The New Mexico Wilderness Alliance or “New Mexico Wild” is a non-profit 501 (C)(3), independent, homegrown, grassroots, conservation organization dedicated to the protection, restoration and continued respect of New Mexico’s wildlands and Wilderness areas.  With staff and thousands of supporters throughout the state, New Mexico Wild is dedicated to the rights and the value of citizen involvement in protecting increasingly rare wild places within public lands. Just as freedom is every American’s birthright so too is Wilderness.