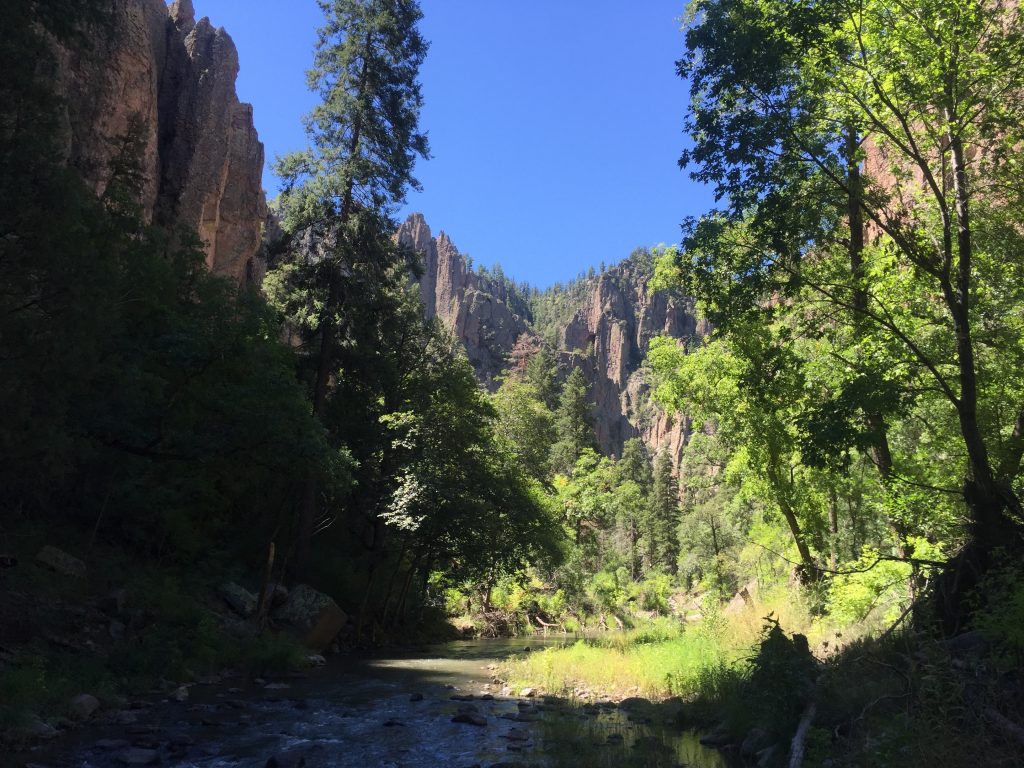 U.S. Senators Tom Udall and Martin Heinrich introduced legislation Tuesday that would designate portions of the Gila River as Wild and Scenic, after a “years-long” effort to protect what’s known as one of the country’s last wild rivers.

The M.H. Dutch Salmon Greater Gila Wild and Scenic River Act would designate 446 miles of the Gila River and other waters in the Gila and San Francisco water basin as either wild or scenic, protecting those portions of river from future development.

Udall said they drafted the legislation with input from community members, private landowners, outdoor recreation enthusiasts, local fishers, farmers and ranchers. Udall said he and Heinrich  also worked with landowners and state agencies to identify where the designation boundaries should be.

“We opened up that draft for additional feedback, to make sure New Mexicans have a seat at the table in helping determine the future of the Gila,” Udall said. “We have now introduced a strong piece of legislation that will protect the Gila, while ensuring that existing uses and planned projects, including grazing, recreation, restoration, and access can continue.”

Heinrich said the legislation is timely in a period of economic uncertainty caused by the global COVID-19 pandemic.

“The outdoor recreation industry was fueling some of our fastest job growth, particularly in our rural communities, just before the pandemic hit,” Heinrich said. “Roosevelt said conservation means development as much as it means protection, and he’s absolutely right. The very act of protecting our public lands and waters can serve as one of our greatest economic drivers.”

The bill is named after M.H. Dutch Salmon, a nature writer and longtime advocate of the Gila River who passed away in 2019. Salmon once wrote that the Gila River is “the last flow in New Mexico that can teach us what a natural river should look like,” Heinrich said.

“The wilderness of these places only exist today because of the foresight of those who came before us,” Heinrich added.

The New Mexico Wilderness Alliance and other conservation groups have pushed for the senators to introduce legislation for the Gila River for years. Wild and scenic designations can only be created through legislation or the U.S. Department of Interior. The groups praised the legislation’s introduction on Tuesday.

“This bill honors the original vision of Aldo Leopold and river champions like the late Dutch Salmon, without whose efforts this river we love would have been greatly diminished,” said New Mexico Wilderness Alliance executive director Mark Allison in a statement.