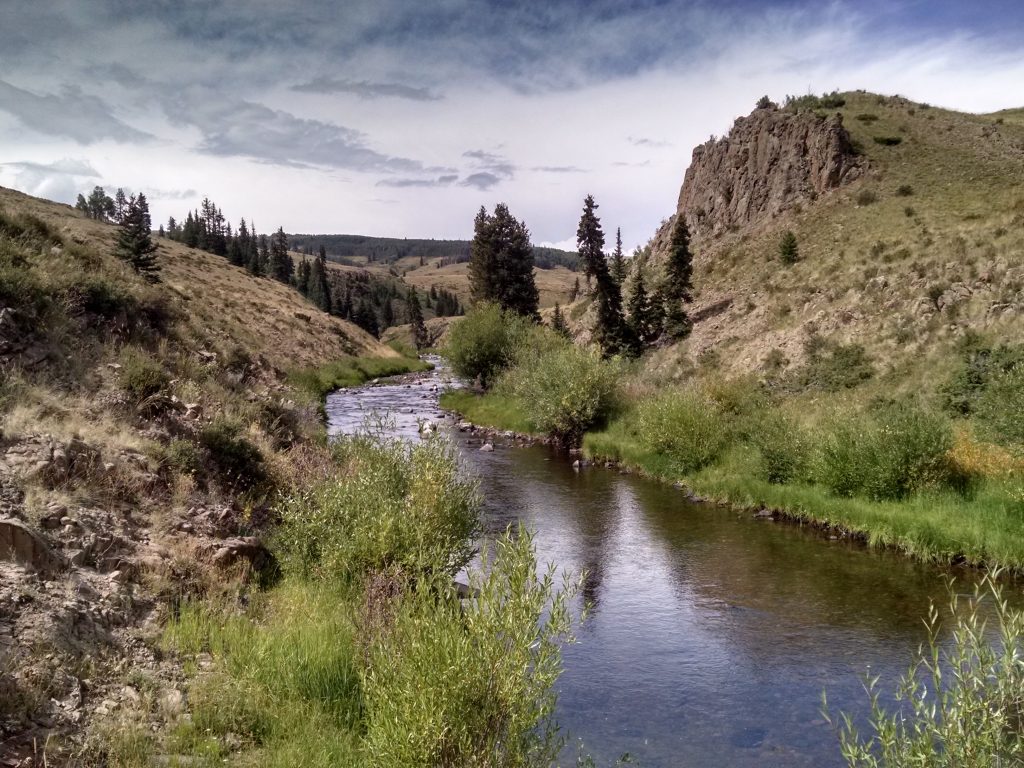 The Donald Trump administration only finalized its new clean water rule a few days ago and the regulation is already being challenged in federal court by ranchers, conservation groups and state governments.

The conservation-focused New Mexico Wilderness Alliance joined a coalition of conservation groups that allege the new rule goes too far in gutting protections for many streams and wetlands in New Mexico and across the country.

The New Mexico Cattle Growers Association, on the other hand, also filed a lawsuit against the administration, arguing that the new rule doesn’t go far enough in rolling back those protections.

Ephemeral and intermittent waters make up the meat of the rule change and its challenges. Previous versions of the clean water rule included ephemeral and intermittent streams, which only flow in response to precipitation events such as torrential rains or snowpack melt. The Trump administration’s version of the rule removes protections for all ephemeral streams and some intermittent waterways and wetlands. For New Mexico’s landscape, those terms define up to 90 percent of the state’s surface water.

“It’s a bold step by the EPA to do this,” Tony Francois, senior attorney at the Pacific Legal Foundation, and who is representing the Cattle Growers Association, told NM Political Report. “They’re in for a lot of controversy and criticism for doing it.”

A history lesson in defining WOTUS

The Clean Water Act’s regulations have been controversial since day one, mostly because the federal government has had a hard time delineating which waters should and should not be regulated at the federal level, as determined by the regulatory definition of “waters of the United States,” also known as WOTUS.

Due to ambiguity in the original 1986 clean water rule, the EPA and the Army Corps of Engineers used their own interpretations of the term for years in their respective regulatory roles. In 2001 and 2006, the Supreme Court weighed in on the definition in two separate decisions, but no clear majority opinion emerged from those cases.

“Those [regulations] were very expansive, they basically regulated all tributaries, without any qualifications, and that included ephemeral tributaries, basically any place where water would drain where it rained,” Francois said.

Under former President Barack Obama’s administration, the EPA and the Army Corps of Engineers proposed a new rule in 2015 that attempted to clarify its boundaries using the “significant nexus” test, an idea proposed by U.S. Supreme Court Justice John Kennedy in the 2006 case. The test asks whether the waterway in question significantly impacts the biological integrity of a larger, navigable or interstate water. If the water demonstrates a significant nexus, then it is covered under the Clean Water Act. If not, the waterway is not subject to federal regulations.

“The Obama-era rule took that significant nexus test and made it the definition for how to understand when the Clean Water Act applies, and to what waters it applies,” said Logan Glasenapp, attorney at the New Mexico Wilderness Alliance. “The 2015 clean water rule provided clarity.”

But that clarity wasn’t welcomed by everyone. The 2015 rule drew a torrent of legal challenges, with landowners, industry stakeholders and ranchers arguing the regulations were unconstitutional and amounted to federal overreach. A total of 28 states, including New Mexico under the Susana Martinez administration, sued the Obama administration. New Mexico and 12 other states were successful in obtaining a preliminary injunction against the rule, though in March 2019, Gov. Michelle Lujan Grisham’s administration asked to be removed from the lawsuit. At the same time, a coalition of 10 counties in New Mexico asked the court to keep the injunction in place.

Under the leadership of the Trump administration, the EPA and the Army Corps of Engineers rescinded the 2015 rule, reinstating the 1986 version of the regulations while they finalized the latest regulations, which are now set to go into effect in June.

That brings us to today.

The new rule has been widely condemned by environmental groups as a rollback on protections, and a coalition of 17 states have filed a lawsuit in federal court in hopes of striking down the regulations.

Critics say new rule is overbroad and unclear
While Francois said his clients see the new rule’s limited scope as an improvement over the 2015 rule, ranchers in New Mexico are still unhappy with the federal protections given to water bodies on private property.

“The [new] rule still leaves you with an overbroad claim of authority by the agencies,” Francois said. “That ropes into the regulation all kinds of drainages, on farms and ranches all around New Mexico.”

Those regulations tend to get in the way of land management practices for ranchers, he said, leading to “onerous” and expensive permitting processes through the Army Corps of Engineers.

“Just to operate their farms and ranches, our clients end up needing permits from the Army Corps, just to do normal things around the place,” Francois said. “Our client and its members need to protect their ability to use their own property.

The New Mexico Wilderness Alliance, on the other hand, believes the new rule lacks clear definitions of “ephemeral” and “intermittent” waters and therefore introduces new uncertainty to the regulatory framework.

And New Mexico could suffer repercussions of that ambiguity. Glasenapp pointed to a proposal for a mining project in the Santa Fe National Forest, north of Pecos and near Terrero.

“They’re proposing to drill holes 50 to 4,000 ft deep in an area that has a lot of streams that would be considered ephemeral, we think, under this rule. We believe, based on their definition, that Indian Creek, Doctor’s Creek, Sawyer’s Creek, all these streams that are really close to the proposed drilling site would no longer have Clean Water Act protections,” Glasenapp said.

Water systems are complex and connected

As water becomes more precious in New Mexico with each passing summer, it’s increasingly important to take a long-term and whole-system perspective to our water resources, said Stacy Timmons, associate director of hydrology programs and the New Mexico Bureau of Geology and Mineral Resources at New Mexico Tech.

“A lot of our land surface is not covered with water, but has the capacity to move runoff,” Timmons said. “Each of these little drainages ultimately feed to one of those small amounts of water that we have, the Rio Grande, the Pecos, the Gila, the Canadia, the Animus, San Juan, Chama — they all have these ephemeral drainages that led to them. It’s quite a network.”

“The whole system is interconnected. The arroyos, the wetlands, the groundwater, the navigable waters, the surface waters, they have a role [and] work together,” she said. “If we want to protect the water for future generations, we have to think of it as a whole system, and not just delineating surface water that’s navigable versus not. We have to use all of the water that we have in a careful way.”

The spate of legal challenges to the new rule underscore just how contentious a job it is to delineate where federal water regulations should begin and end.

“A lot of the confusion is thanks to the Supreme Court not being able to achieve a relatively clear majority opinion about what the statute means,” Francois said. “Probably, the first order of business in coming to some reasonable and relatively clear endpoint on the regulatory debate is for the Supreme Court to revisit that decision and adopt some majority view of what the statute actually means.”

“Until it does that, the administrations of different parties are almost certainly going to just bat this thing back and forth, based on their policy preferences,” he said.