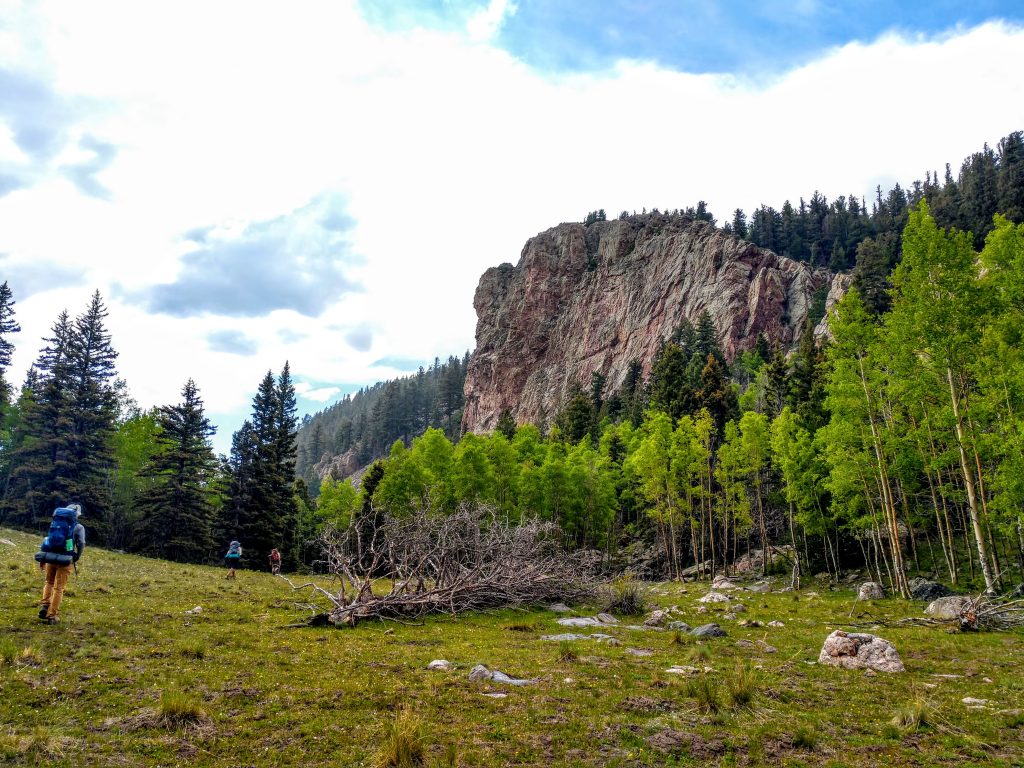 Today, New Mexico Wild and a coalition of conservation and environmental organizations released the following recap of the New Mexico legislative session:

Despite the legislative session being primarily devoted to budget issues, legislators missed an opportunity to provide full funding and staffing levels for state agencies that protect New Mexico’s air, land, water and wildlife. Even with a historic surplus in state revenues and a record-setting budget of $8.5 billion, the final budget fell almost $10 million short of the governor’s executive budget recommendations for the New Mexico Environment Department (NMED) and Energy, Minerals and Natural Resources Department (EMNRD).

While positive gains were made to the budget thanks to the leadership of House appropriation members, the Senate Finance Committee made only limited changes to the initial budget draft, leaving key agencies understaffed and unable to meet growing challenges from extreme drought and wildfire, or adequately regulate the oil and gas industry.

“We are excited to see the formation of Climate Bureaus at the agencies that will be tasked with reducing New Mexico’s climate pollution. But these bureaus and the agencies themselves are drastically underfunded, even with solid increases from Chair Lundstrom and House Appropriations Committee members. Our agencies are underfunded to inspect oil and gas facilities and hold violators accountable, much less transform our approach to the climate crisis and drought. As recently reported, if New Mexico funded nine more staffers for cleanup applications at the Oil Conservation Division, the resulting remediation work would generate an estimated $456 million economic impact,” said Camilla Feibelman, Sierra Club Rio Grande Chapter Director.

One of the most positive outcomes in the budget was recovering funds for the State Parks Division at EMNRD, which was decimated by the previous administration. More than $9.4 million was allocated to help enhance the visitor experience at New Mexico State Parks, with an additional $468,000 in capital outlay infrastructure funding for improvements to restroom and shower facilities. In December 2021, legislators also approved $20 million in federal American Rescue Plan Act funding to help clear a backlog of maintenance projects – a backlog that is estimated to be more than $40 million.

On land conservation, the Senate Finance Committee added $2 million to support wildlife corridors, which will help New Mexico leverage millions of matching dollars from the federal infrastructure bill to help reduce the growing costs of human and wildlife collisions throughout the state, costing drivers up to $20 million annually.

“Expanding wildlife corridors is critical to public safety as well as New Mexico’s land, water and biodiversity legacy,” said Jesse Deubel, Executive Director of New Mexico Wildlife Federation. “We’re glad to see the legislature make this initial investment, and we look forward to working with them to increase funding for projects all around the state to protect New Mexico drivers and wildlife species alike.”

Despite a proposal from the executive branch, Governor Michelle Lujan Grisham could not convince legislators to include the Land of Enchantment General Obligation Bond as part of the larger general obligation package that funds community projects. The proposal, if passed, would have enabled voters an opportunity through a ballot initiative to dedicate $50 million to leverage federal funds and address a decades-long funding gap in public lands and outdoor infrastructure that would support jobs across the state and help protect natural lands and working lands for future generations.

“Each year that goes by without state funding for land and water conservation, New Mexico loses millions in federal matching dollars. This doesn’t make sense, and it’s unfortunate we missed the opportunity to right this wrong by passing the Land of Enchantment GO Bond,” said Brittany Fallon, Policy Director for New Mexico Wild. “Our agencies can only adequately protect our air, lands, and water when we fund them to do so. We will continue making the case that more investment is needed in conservation to support New Mexico communities and our environment.”

“The investments made in public lands and conservation by the legislature in last December’s special session, combined with additional appropriations in this session represent a robust commitment to realize the Governor’s 30×30 land conservation vision,” said Greg Peters, Senior Advocate Lands, Water & Wildlife of Conservation Voters New Mexico. “While there is still progress that needs to be made to align the state government’s spending with consistently expressed New Mexican values and priorities, we look forward to building on the conversations started in this session around dedicated funding streams for conservation, and bold policy steps to address the climate crisis.”

Fortunately, thanks to the leadership of Speaker Brian Egolf and key legislative leaders, more than $43.5 million in federal American Rescue Plan funding was set aside for one-time conservation projects during the December 2021 special legislative session. This includes infrastructure funding for New Mexico’s state parks, funding for river stewardship and surface water programs, support for outdoor recreation and infrastructure projects, and initial funding to jump-start orphaned oil and gas well cleanup.

On outdoor recreation, legislators provided almost $1 million to the Outdoor Recreation Division, including more than $200,000 for the Outdoor Equity Fund. This includes funding for a full-time planner to manage the Trails+ grants program, which received more than $7 million in federal American Rescue Plan Act (ARPA) approved by legislators in the December 2021 special session.

“We are grateful and excited to see our elected officials recognize the value of outdoor recreation and provide more equitable access to the outdoors, “said Ángel Peña, Executive Director, Nuestra Tierra Land Conservation. “Across the Southwest, too many of our communities are left without access to basic outdoor recreation opportunities, but thanks to the leadership of the governor and legislative leaders, that will no longer be the case in New Mexico. We look forward to getting more kids outside in the coming months thanks to these critical investments.”

“Amigos Bravos appreciates the steps the legislature took in both the December special session and the 2022 regular session to protect and restore New Mexico’s waters.  There are still some priorities that need to be more fully addressed, particularly the development of a state water permitting program under the Clean Water Act.  Notably, New Mexico is one of only three states without its own program, yet our watersheds are more vulnerable to climate change and degradation than any other state,” said Joe Zupan, Executive Director for Amigos Bravos.  “We will also continue to advocate for fully funding the Water Data Act, passed unanimously by both houses of the legislature in 2019, but still lacking in resources to complete its mandate.”

Disappointing outcomes for the environmental community included the defeat of two bills designed to support New Mexico’s transition from fossil fuels and protect against rising concerns about air pollution from the oil and gas industry. HB6, the Clean Future Act, would have required significant reductions in New Mexico’s carbon emissions, and SB14, the Clean Fuels Standard, would have reduced the carbon intensity of transportation fuels in New Mexico.

In the closing weeks of the legislative session, the New Mexico Oil and Gas Association spent more than $256,000 on television and digital advertising against HB6. The oil and gas industry – which was recently identified as providing the most campaign contributions of any industry in New Mexico – contributed just over $3 million in contributions during the 2020 election cycle, with more than 70% of the contributions coming from out-of-state companies, individuals and committees, according to a New Mexico Ethics Watch report.