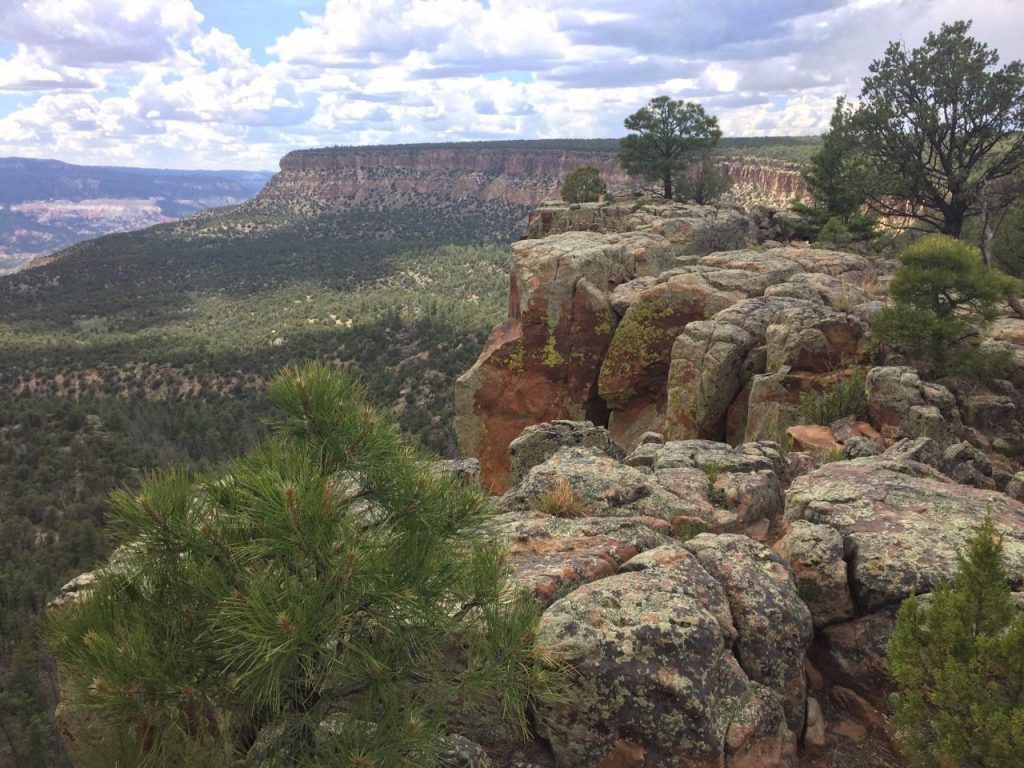 When U.S. Sen. Martin Heinrich first visited the Sabinoso Wilderness Area — a rugged landscape of steep canyons, lush riparian areas and sandstone cliffs near Las Vegas, N.M. — he was struck by how dramatically different it was from the rest of the state.

“Its geography felt more like some of the areas I used to guide in Southeast Utah,” Heinrich said. “You’re driving east across the short grass prairie, with barely a tree in sight, and then you hit this landscape of deep canyons and mesa tops. It was very visually arresting the first time I saw it.”

“It’s really remarkable. What a gift to the people of New Mexico and all Americans who own and cherish these public lands,” Heinrich said in a telephone interview Wednesday.

Officials with the Trust for Public Land said they were excited about the donation, noting the area’s rare proximity to beautiful hiking trails and wildlife.

“It was very important for TPL to have this area protected,” said Rebecca Bullis, the Trust’s public relations coordinator. “We’re giving residents and visitors access to hiking trails and a totally protected wilderness area.”

“It’s a truly remarkable, special and unique place,” said Garrett VeneKlasen, the northern conservation director for the New Mexico Wilderness Alliance. “There is nothing quite like it within the public trust in New Mexico to compare it to.”

“Some of it is that classic sandstone rimrock country, kind of like the area around Ghost Ranch,” VeneKlasen said of the area’s similarity to another celebrated landscape in Northern New Mexico.“Then you have these really striking long and narrow canyons. Sort of like a mini-Grand Canyon.”

Greg Hiner, the Trust for Public Land’s southwest director of land protection, said the Sabinoso Wilderness supports an array of wildlife scattered throughout the canyon complex, including world-class birding.

“Elk, deer, mountain lion, turkey and lots of bears,” said Hiner, adding he even saw “a snapping turtle in a pool” during his last visit to the area.

The Sabinoso Wilderness Area was established in 2009. For years, the land surrounding Sabinoso remained privately owned, and thus the wilderness area remained inaccessible to the public.

“It was completely landlocked … there was no way in,” Jesse Deubel of the New Mexico Wildlife Federation said.

That changed in 2017 with the Interior Department’s acceptance of the 3,600-acre Rimrock Rose donation — creating, for the first time, a point of entry into the wilderness area.

“We were at loggerheads,” Heinrich said of an initial impasse the two had over the donation.

The new acreage will allow for another entrance point — to be created later — on the northwest side of the Sabinoso Wilderness, which is operated by the Bureau of Land Management. The existing access point is on the south side, a 60-mile drive from Las Vegas.

“These new access points are really important,” said Deubel. “During COVID, the masses of people recognized the importance of getting out on these lands. As we see increased visitation, it is really important to spread out that use.”

Heinrich agreed access points will provide both more availability for outdoors enthusiasts and, in turn, economic opportunities for nearby communities.

“I think it is part of building a diversified economy by taking advantage of New Mexico’s unique landscape,” Heinrich said. “We realized in the last year and a half how critical access to the outdoors is to our physical and our mental health.”