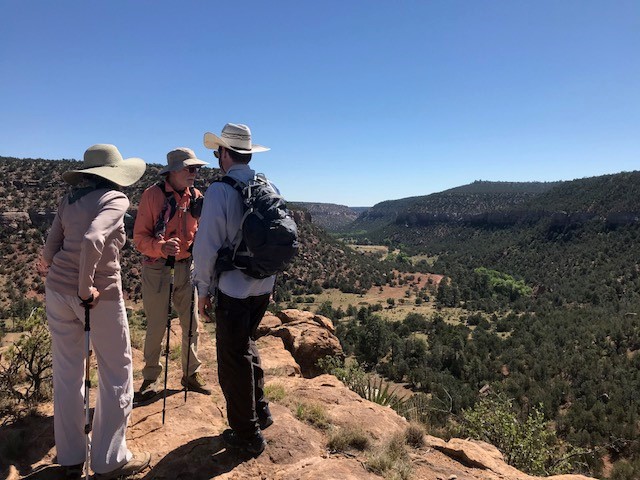 In what would be the largest land donation to a designated wilderness area in U.S. history, The Trust for Public Land is offering the Bureau of Land Management nearly 10,000 acres as an addition to the Sabinoso Wilderness in San Miguel County.

The donation of an area known as Cañon Ciruela would increase the size of the wilderness area to 29,855 acres, according to a BLM news release.

“This proposed donation includes land just outside of the Wilderness specifically for parking and staging access. The public would have the ability to get to their wilderness and enjoy it, and that’s what is exciting,” Pamela Mathis, Taos field manager for the BLM said in a statement.

“The Cañon Ciruela is home to mule deer, elk, mountain lion, black bear and Rio Grande turkey. The adjacent property would significantly add to, enhance and further secure the resource conservation values of the existing designated wilderness if accepted by the BLM.”

The wilderness is also a site for hunting, hiking, horseback riding and other recreational opportunities, according to the release.

A phone call to The Trust for Public Land was not immediately returned Wednesday.

The San Francisco-based nonprofit group “creates parks and protects land for people, ensuring healthy, livable communities for generations to come,” according to its website.

If accepted, it would be the second time the Sabinoso Wilderness was expanded through a land donation.
In 2017, the BLM accepted a donation of approximately 3,600 acres from The Wilderness Land Trust.

The donation of Cañon Ciruela restricts livestock grazing, but BLM says the bureau currently does not have an allotment for grazing.

The BLM is conducting a public comment process that ends May 21.

The proposal can be viewed and comments can be submitted at eplanning.blm.gov/eplanning-ui/project/2013372/510.

This article originally appeared in the Albuquerque Journal.