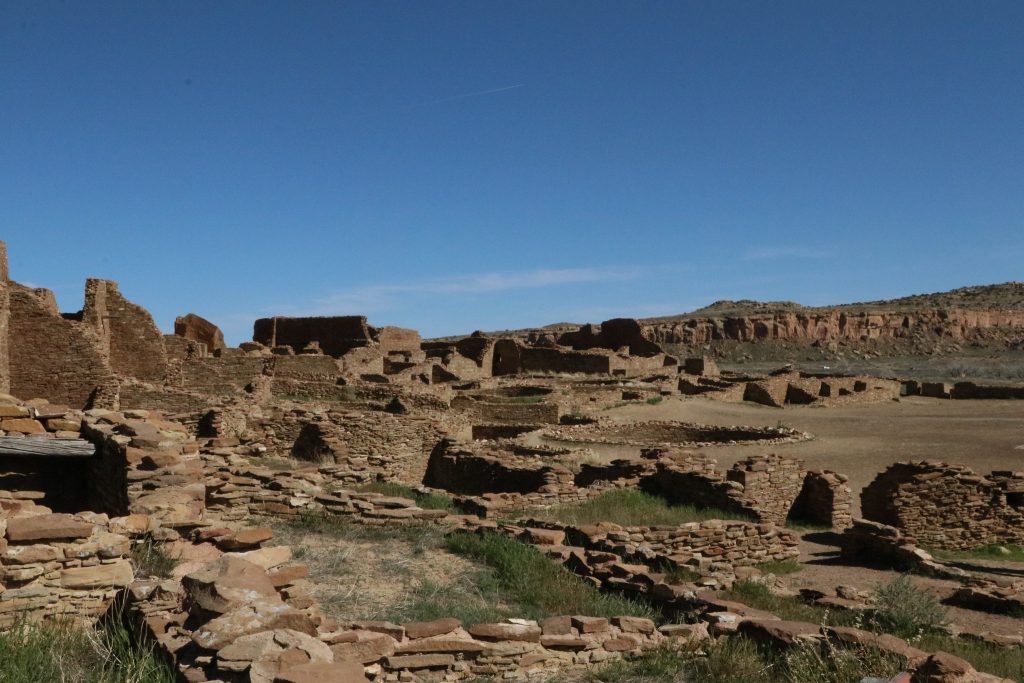 The U.S. Senate Appropriations Committee removed language from a FY2021 budget bill for the U.S. Department of Interior (DOI) that would ensure the ten mile buffer zone around Chaco Canyon remains in place for another year.

In late 2019, U.S. Senators Tom Udall and Martin Heinrich were successful in adding in language to the DOI’s FY2020 appropriations bill that ensured the U.S. Bureau of Land Management (BLM) would refrain from leasing parcels of land for oil and gas development within 10 miles of the Chaco Culture National Historical Park through FY2020, which ended in October. A continuing resolution was passed in October to extend the buffer through December 11.

But the new appropriations bill, unveiled Tuesday by the Republican-led Senate Appropriations Committee, did not contain language to extend that buffer for another year.

The committee said it “continues to expect that the Department [of Interior] will not conduct any oil and gas leasing activities authorized by section 17 of the Mineral Leasing Act (30 U.S.C. 226) in the withdrawal area,” its explanatory statement about the appropriations. The committee pointed to cultural resources investigations that have been awarded federal funding to “identify culturally and historically significant areas and sites in areas of high energy development potential within the region” and said it expects DOI will not lease lands in the buffer “until the completion of the investigations.”

The omission could result in parcels of land within the buffer zone being made available for oil and gas development during the next leasing auction for the region, which is slated for January 2021. That will be the last leasing auction under the Trump administration.

New Mexico Indian Affairs Department Secretary Lynn Trujillo said she was concerned about the new bill “because it would eliminate an existing prohibition on issuing oil and gas leases” in the buffer zone.

“The greater Chaco landscape is a sacred place to New Mexico’s Pueblos and Tribes, and it has been targeted for oil and gas drilling for far too long,” Trujillo said in a statement.

New Mexico Wilderness Alliance executive director Mark Allison said the omission “confirms that too many members of Congress value oil and gas companies over our Native communities and their shared cultural heritage.”

“It’s disheartening to see that a UNESCO World Heritage Site cherished by Tribes and Pueblos continues to be placed squarely in the crosshairs of the oil and gas industry,” Allison said in a statement.

There is a separate piece of legislation, which was sponsored by the state’s congressional delegation and which passed the House in 2019, that would permanently remove all federal public lands within ten miles of the Chaco Culture National Historical Park from future oil and gas lease sales. That bill has not had a hearing yet in the Senate.