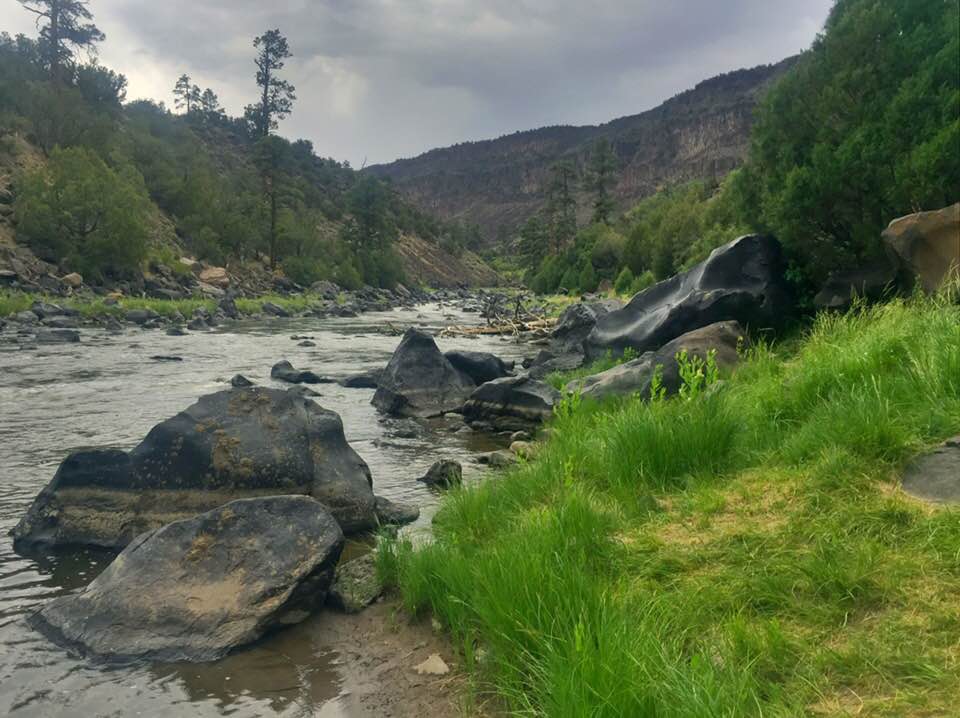 “The Senate’s passage of this legislation is a bright spot during an otherwise difficult time, as we are now one step closer to realizing the full potential of the nation’s premier conservation program,” said Mark Allison, Executive Director for New Mexico Wild. “Communities have called upon Congress to fully fund LWCF for decades because it supports everything from the Rio Grande del Norte National Monument to the construction of playground equipment in our city parks. As New Mexico gradually begins reopening, we are grateful to Senators Udall and Heinrich for their commitment to securing resources for our public lands.”

“New Mexico and America’s public lands are at the very core of who we are,” said Senator Tom Udall. “Full and permanent funding for LWCF – one of the most successful conservation tools we have to protect and expand our public lands – is a historic game-changer for New Mexico and the nation. Families in New Mexico and throughout the nation enjoy access to millions of acres of public lands for hiking, camping and fishing because of LWCF. And investments in our public lands fuel our economy, and our way of life. I have worked for full and permanent LWCF funding throughout my career in Congress, and on the Appropriations Committee, I have been proud to secure major funding for this program over the years. My father, Stewart Udall, helped enact this wildly successful program as Secretary of the Interior under Presidents Kennedy and Johnson, and I’m glad the full promise of LWCF is finally being realized. This legislation not only represents an investment in our public lands, but an investment in the foundation for our national recovery at this challenging time.”

“The Great American Outdoors Act creates thousands of jobs and a lasting outdoor heritage that we will all benefit from for decades to come. The Land and Water Conservation Fund is one of America’s most successful conservation programs and has helped preserve many treasured places in New Mexico—including the Valles Caldera, Ute Mountain, and Valle de Oro National Wildlife Refuge. LWCF also protects our drinking water, provides public land access, and ensures that every kid in America can easily access outdoor spaces near their home,” said Senator Martin Heinrich. “Public lands are uniquely American and offer endless opportunities to explore our nation’s natural and historical treasures, and significantly boost local economies in surrounding communities. I’m proud to help lead this bipartisan effort to fully and permanently fund LWCF and invest in the infrastructure that improves access and visitor experience to our National Parks and all our public lands for generations to come.”

The Great American Outdoors Act would fund LWCF at $900 million annually, the amount originally intended when Congress created the program in 1964 to fund conservation and restoration projects across the nation. In New Mexico alone, LWCF has contributed more than $312 million to conservation efforts in all 33 New Mexico counties. Despite the success of LWCF, the program has never been funded at the full amount. New Mexico’s entire congressional delegation helped shepherd a federal public lands package in March 2019 that, among other things, permanently reauthorized LWCF after Congress let the program expire the previous fall. Today’s legislation would ensure that the program is fully funded.

In addition to fully funding LWCF, the Great American Outdoors Act would provide $9.5 billion over the next five years to deferred maintenance projects on public lands managed by federal agencies.

The Great American Outdoors Act would provide a boost to New Mexico’s growing outdoor recreation economy, which directly supports $1.2 billion in income and 33,500 jobs in the state annually, according to recent data compiled by the New Mexico Outdoor Recreation Division.

A companion bill that is co-sponsored by Representative Xochitl Torres Small must now pass the U.S. House of Representatives before the legislation can be signed into law. Assistant Speaker Ben Ray Lujan and Representative Deb Haaland also support full funding for the Land and Water Conservation Fund.

“I urge our delegation in the House of Representatives to act swiftly in passing the Great American Outdoors Act so the conditions of our public lands can improve and New Mexico’s rural economies can begin recovering from the pain brought by this pandemic,” added Allison.

ABOUT THE NEW MEXICO WILDERNESS ALLIANCE: The New Mexico Wilderness Alliance or “New Mexico Wild” is a non-profit 501 (C)(3), independent, homegrown, grassroots, conservation organization dedicated to the protection, restoration and continued respect of New Mexico’s wildlands and Wilderness areas. With staff and thousands of supporters throughout the state, New Mexico Wild is dedicated to the rights and the value of citizen involvement in protecting increasingly rare wild places within public lands. Just as freedom is every American’s birthright so too is Wilderness.