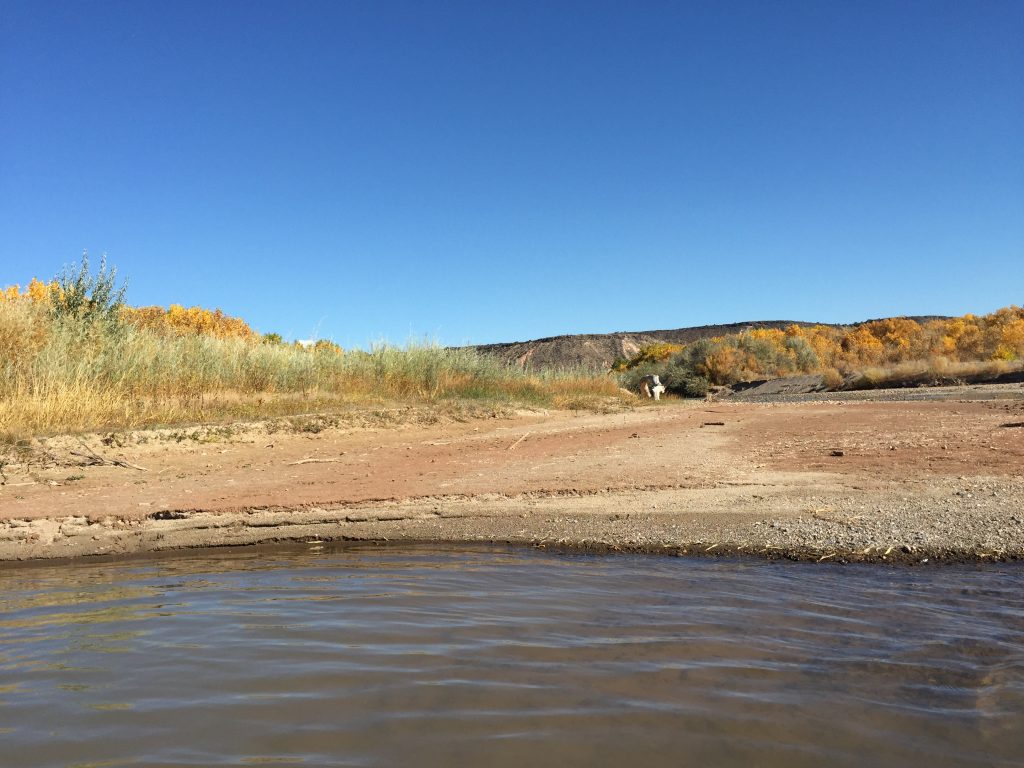 The Rio Grande is drying in Albuquerque, which hasn’t happened in nearly four decades.

New Mexico water officials point to legal issues with Texas, extreme drought and a changing climate, thirsty vegetation and a resistance to using less water as some reasons behind the current situation.

The experts encouraged state lawmakers at Tuesday’s Water and Natural Resources Committee meeting to act with a “sense of urgency.”

“We’ll be looking at a more active metering program,” he said.

New Mexico must deliver a certain amount of river water each year to Elephant Butte Reservoir under the Rio Grande Compact.

Some of that debt is from a 2020 agreement when Texas and Colorado agreed to let New Mexico release more water from El Vado Reservoir in the summer to keep the river wet in the middle valley.

But the state now faces storage restrictions because of the compact debt and El Vado reconstruction. There is little to no river water left for central New Mexico.

Reaching that threshold would put the state officially out of compact compliance.

“(But) once we’re out of compact debit, or at least reduced, El Vado Reservoir comes into play for operations for the middle valley,” Hamman said.

New Mexico, Texas and the federal government are wading through compact litigation in the U.S. Supreme Court.

A federal judge has given the states and the federal government time to pursue a settlement.

Failure to settle the case would be “disastrous” for state finances and water resources, said Phil King, a consultant for Elephant Butte Irrigation District.

“One of the obstacles made clear in (Tuesday’s) hearing status conference with the judge in the case is that Texas is unwilling to enter into a settlement that depends on the New Mexico Legislature funding it, because they don’t think you will do it,” King told the committee.

Middle Rio Grande agriculture accounts for about 28% of regional river water use.

That share is 33% for riparian vegetation, including such invasive species as salt cedar and Russian olive.

Several agencies are focused on reducing water consumption in the agriculture sector.

“We’re living as lean as we ever have,” he said.

The engineer suggested investing in such infrastructure as the low-flow conveyance channel.

After its construction in the 1950s, the channel helped eliminate a hefty state water debt.

“New Mexico’s been in a worse place before related to our compact status,” Casuga said.

Water diverted into the riverside channel between San Acacia and Elephant Butte has less evaporation than in the Rio Grande, making for more efficient deliveries.

But the water experts recognize that a changing climate means less water in the river system.

King is a researcher on the state panel which found that New Mexico is becoming more arid.

In 50 years, statewide average temperatures could increase by 5 to 7 degrees if emissions continue to rise.

Those temperatures could force the state to adapt to less water in rivers and streams, and decreasing groundwater supplies.

“The status quo is not an option,” King said.

This article was originally published in The Albuquerque Journal