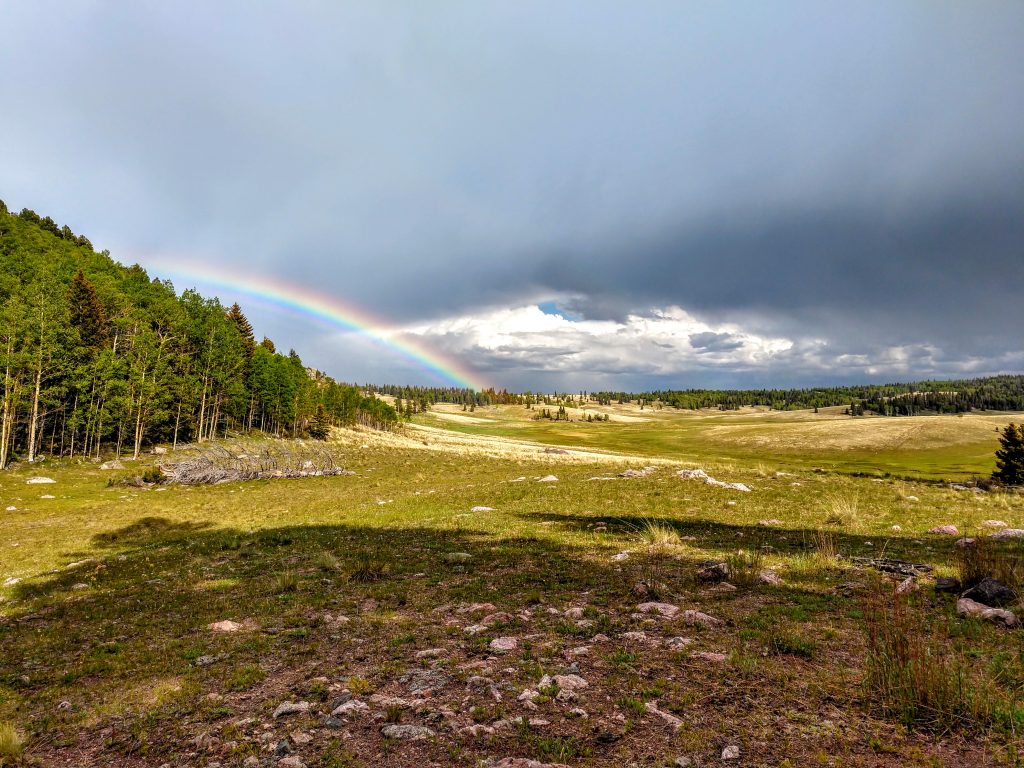 A budget proposed in the New Mexico House of Representatives included funding for numerous environmental initiatives like outdoor recreation and cleaning up abandoned oil and gas wells.

The State House Appropriations and Finance Committee brought forth House Bill 2 during a Tuesday meeting which would define the State’s budget for the next year using more than a billion dollars in federal funding from the American Rescue Plan Act (ARPA), an initiative signed into law by Congress to help states recover from the COVID-19 health crisis.

As developed by proposed by the Legislative Finance Committee (LFC), HB 2 was set to be voted on by both the House and Senate during the ongoing Special Legislative Session.

It would be a key source of funds for spending plans to be discussed in the upcoming 30-day regular Legislative Session in January, which would likely be focused on budgetary matters.

In total, HB 2 would send about $1.07 billion in federal funds to the State’s Appropriation Contingency Fund within the General Fund to be divvied up by state agencies and their projects for fiscal years 2022 and 2025.

Included in the budget proposal was $20 million for the New Mexico State Parks Division to improve access to state parks, along with $10 million to the New Mexico Environment Department to support river and surface water programs.

Another $10 million would go to New Mexico’s Outdoor Recreation Division to support its work improving hiking trails and toward the Outdoor Equity Fund which is used to develop outdoor recreation programs for children across the state.

The New Mexico Department of Game and Fish would receive $5 million to support conservation efforts and acquire properties, namely for potentially threatened or endangered species.

The State’s Energy, Minerals and Natural Resources Department (EMNRD) would get $3.5 million to plug and remediate abandoned oil and gas wells.

New Mexico Rep. Nathan Small (D-36) said during his presentation before the committee that additional federal funds were expected for abandoned well clean up, but the proposed state appropriation would allow New Mexico to begin planning for the work.

“There is a very large amount of federal money that will be coming that is available for energy-producing states to plug oil and gas wells,” he said.

“This gets New Mexico out of the gate fast and first, ready to put as much of that federal money to work, putting New Mexicans to work and safeguarding our environment while allowing our energy industry to continue moving forward at historic levels.”

Committee Chair Rep. Patty Ludstrom (D-9) said the bill was meant specifically to spend the federal ARPA funds and should be used, in part, to support New Mexico’s natural resources.
She said conservation was “critical” to the state’s needs.

“New Mexico is home to a diverse array of natural resources which are vital in supporting our growing and thriving outdoor industry and the jobs associated with it,” Ludstrom said.

“House Bill 2 recognizes the need for our state to conserve these wonderful natural spaces and places and sets aside nearly $50 million for standalone conservation projects to be used to maintain and upgrade our beautiful state parks and national monuments.”

Brittany Fallon, policy director at environmental group New Mexico Wild said public parks and wildlife areas were strained by increased visitation and use during the pandemic and needed support from the Legislature to recover.

“During the COVID-19 pandemic, many of our public parks and open spaces have been loved to death by those seeking a recreational outlet, and we have yet to make the necessary financial investments to maintain trails, parking lots and visitor facilities,” Fallon said.

State Senate President Pro Tem Mimi Stewart (D-17) said she planned to support HB 2 in the Senate as a move that could not only protect the environment but also diversify the state’s economy.

Analysts estimated increased abandoned well plugging could drive jobs in the state, while the outdoor recreation industry was found to support 26,000 jobs and contributed about $2 billion to New Mexico’s gross domestic product (GDP), per research from the Bureau of Economic Analysis.

“Now is the time to make an assertive investment in New Mexico’s natural resources and boost the outdoor economy to help our businesses and communities recover from the pandemic,” Stewart said.

“Right now we have a chance to ensure that the places we promote for tourism all across New Mexico are given the resources they need to remain attractive destinations for visitors.”

Other large appropriations of the ARPA funds would send $142.5 million to the New Mexico Department of Transportation for nine road projects including State Highway 128 from Carlsbad to Jal, while another $10 million would help the DOT build electric vehicle charging stations.
State Rep. Cathrynn Brown (R-55) of Carlsbad said a concern for her was broadband access for rural New Mexicans.

She pointed to the community of Queen in southern Eddy County, where its population of about 50, Brown said, lacks access to broadband and cellphone service.

“I’m very concerned about it,” Brown said of broadband access. “It’s a big issue and has some public safety ramifications.”