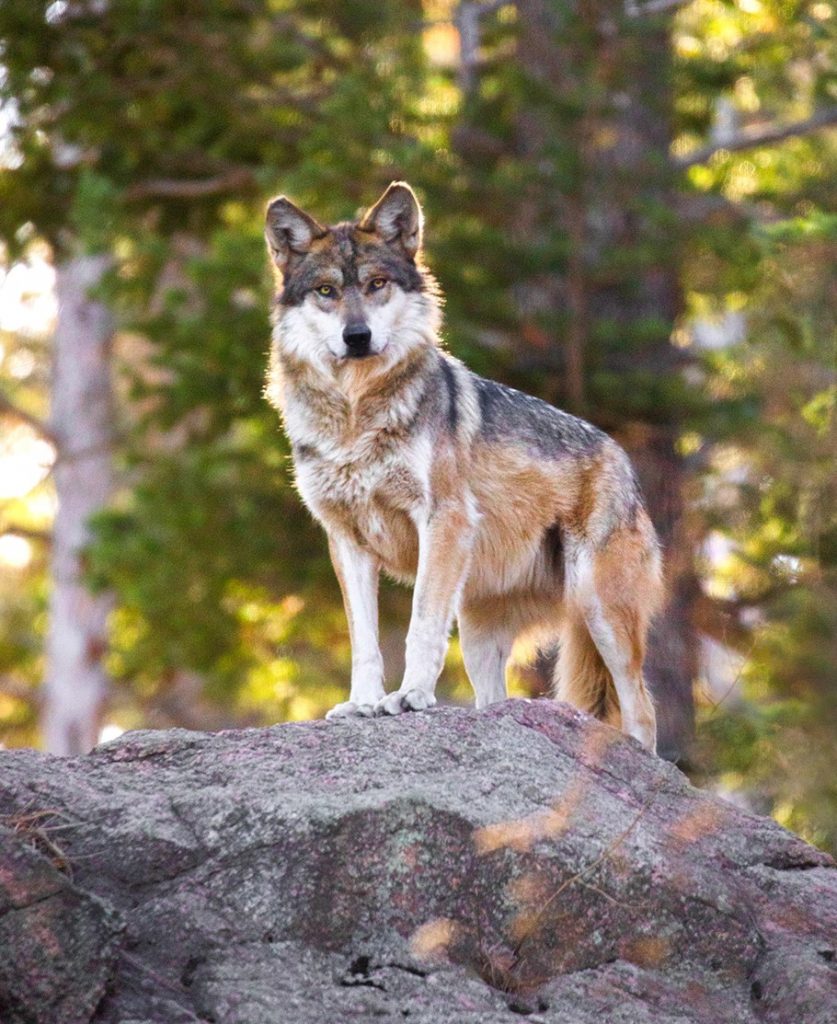 Conservation advocates say they won a partial victory in a lawsuit regarding the Mexican gray wolf recovery plan.

A federal district court judge ordered the U.S. Fish and Wildlife Service on Thursday to produce a draft recovery plan. This plan must be released for public comment within six months and must include site-specific management actions to reduce the number of wolves illegally killed. The plan must be finalized no later than six months after the draft is released.

“More than 70 percent of documented Mexican wolf mortalities are human-caused,” Elizabeth Forsyth, an Earthjustice attorney, said in a statement. “We’re glad that the court has recognized that for the Mexican wolf to survive, the Fish and Wildlife Service must put in place a robust plan that includes concrete actions to address the threat of illegal killing.”

In the suit, the plaintiffs alleged that the plan identified poaching as a threat to the wolves but did not include measures to address that.

While the Center included other allegations in their suit, the court rejected those arguments.

“We would have loved to have won on our other claims as well,” said Michael Robinson, senior conservation advocate for the Center for Biological Diversity, in a phone interview with NM Political Report.

However, the Center for Biological Diversity is hopeful that President Joe Biden’s administration as well as Secretary of the Interior Deb Haaland will be more open to protection of the wolves than their predecessors.

“I think it opens the door to a wider reform of this very flawed so-called recovery plan,” Robinson said.

He said more than 100 Mexican wolves have been illegally killed and alleged that the Fish and Wildlife Service “has not done everything that they could be doing to protect these precious animal’s lives.”

And the estimated number is likely low, according to Parsons.

“Recent research shows that human-caused mortality of these rare wolves, especially through poaching during times of reduced protection, has been consistently mismeasured and significantly underestimated,” Parsons said in a statement.

The Center for Biological Diversity has a long history of suing the Fish and Wildlife Service over Mexican wolf management plans, including reversing multiple plans through the court process.

“Mexican wolves are a keystone species, vital to keeping our lands healthy, which is why we need to reduce any losses for this recovering population,” said Regina Mossotti, director of Animal Care and Conservation at the Endangered Wolf Center, in a statement. “We appreciate the Service’s commitment to saving the Mexican wolf and hope this ruling will help them focus on identifying new and innovative ways to protect this critically endangered wolf.

Robinson described the summary judgment as a “speed bump” in front of the Fish and Wildlife Service and said the Center for Biological Diversity is hoping to get the agency to do a u-turn.

In past public comments, the Center for Biological Diversity has called for only making GPS data from radio collars available to government agencies and scientists studying wolves as well as requiring ranchers to remove livestock carcasses to prevent wolves from scavenging on them. The Center for Biological Diversity has also called for ranchers to time livestock birthing to reduce the amount of time when vulnerable calves will be on the range.

“Ensuring that wolves and people can coexist is an essential part of long-term success for Mexican gray wolf recovery,” said Bryan Bird, southwest program director for Defenders of Wildlife, in a statement. “This court ruling recognizes the urgent need from the U.S. Fish and Wildlife Service to develop a recovery plan that addresses a significant threat to the Mexican gray wolf: poaching by people.”

This article originally appeared in the The New Mexico Political Report.